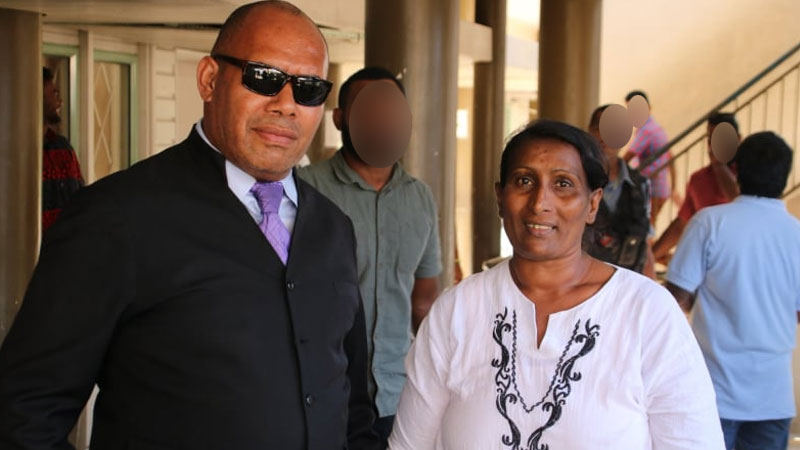 Shakuntla Mani and her lawyer

60-year-old Shakuntla Mani who was arrested following the alleged discovery of methamphetamine during a raid at her home in Lautoka has been granted bail.

Mani has been charged with one count of unlawful possession of illicit drugs.

Mani has been released on a bail bond of $500 and has been ordered to report to the Lautoka Police Station every Monday and Friday.

Police say the raid conducted by a team from the Lautoka Police Station at Sulua Street, resulted in the seizure of sealed plastic containing methamphetamine.

The case has been adjourned till Monday.

Fiji Roads Authority’s CEO, Jonathan Moore confirms a scammer is obtaining financial advantage of $150 by deception for the Personal Protective ... 18 hours ago