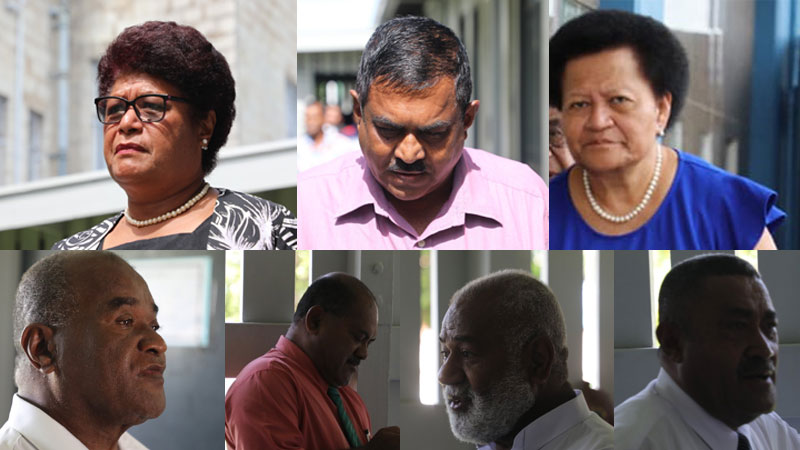 Six SODELPA parliamentarians each pleaded not guilty today to one count of giving false information to a public servant and one count of obtaining a financial advantage before Chief Magistrate Usaia Ratuvili in the Suva Magistrates Court.

Former FijiFirst parliamentarian Vijendra Prakash will enter his plea on the 9th of next month.

His lawyer informed court that Prakash was not ready.

The seven parliamentarians allegedly claimed a combined total of $186,749.20 in parliamentary allowances that they were not entitled to.

They are alleged to have provided false information to the Acting Secretary-General to Parliament regarding their permanent place of residence in order to have their allowance claims approved.

FICAC lawyers have indicated that they intend to make an application for the cases to be transferred to the High Court.

They have been given seven days to make the applications by Chief Magistrate Usaia Ratuvili.

All cases have been adjourned to the 9th of next month.

Fiji is continuing to grapple with the economic downturn and effects of COVID-19 as the latest Reserve Bank of Fiji economic review says job ... 11 hours ago
More News
TOP