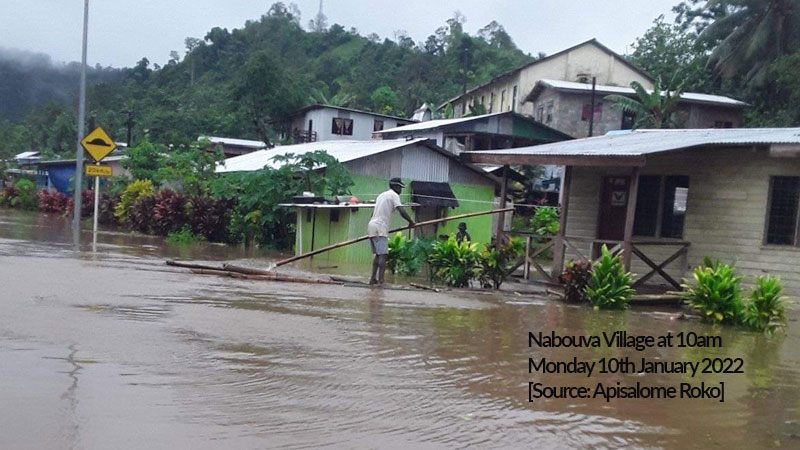 Flood waters have entered 8 out of the 45 houses in Nabouva village.

Village Headman Kitione Korovata says they started experiencing heavy rain on Friday and it has been worse over the past two days.

Korovata says their plantation was also flooded from Saturday and they are now relying on their leftover food and the village shop.

20 families from Wailotua Village have also moved to higher grounds as flood waters entered their homes.

He also confirms that access to Vunidawa has been cut off as Naqali Bridge is underwater.

Thousands of people living in Lami, Delainavesi, Kalekana, Qauia and Suvavou are without water this morning due a burst main along ... 30 minutes ago

A 16-year-old from Ba is one of the five newly reported deaths from leptospirosis recorded by the Health Ministry. There are 111 new cases and an ... 41 minutes ago