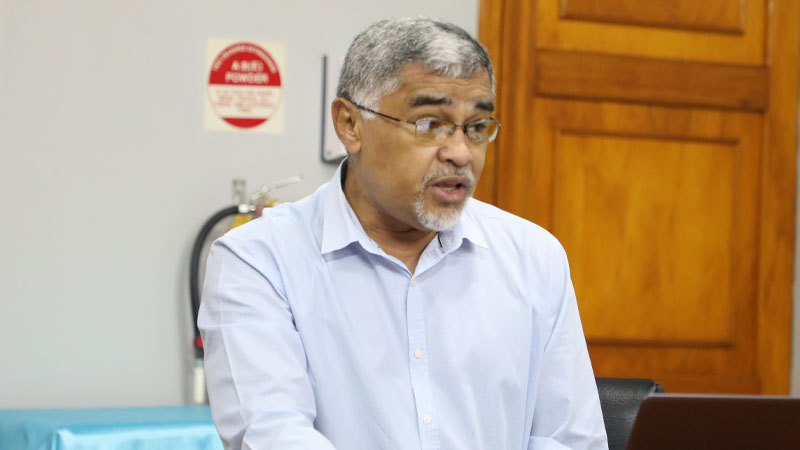 There have been five more leptospirosis deaths since the 16th of this month with four deaths in the Western Division from Bukuya, Tavua and Rakiraki and one in the Northern Division from Macuata.

Permanent Secretary for Health Doctor James Fong says a delay in accessing care has been noted to contribute significantly to these adverse outcomes.

Doctor Fong says most of the cases of leptospirosis are in the Western Division with Lautoka Hospital recording a total of 63 admissions.

He says of these admissions, 39 cases were admitted to Sub-Divisional Hospitals and 24 cases in Lautoka Hospital.

Doctor Fong adds even more concerning is that there were 12 admissions to Lautoka hospital over the weekend of which 9 were admissions to the Intensive Care Unit.

He confirms that there has also been a smaller leptospirosis outbreak in the Central Division with 4 admissions to the hospital and none of these current admissions needing ICU care.

Doctor Fong adds the clinical and epidemiological data indicate that males and young adults aged 20-49 years are high-risk groups and young males are overly represented in cases and severe outcomes.

He says the disease, however, can infect anyone as the risk is mediated by greater occupational and recreational exposure to animals, soil, mud and water.

Other risk factors include farming, working outdoors or in abattoirs; living in households that have rats living nearby; raising pigs at home, or the presence of pigs in the community.

Please understand that to prevent leptospirosis, you should avoid swimming in flooded waters, wear shoes when outside and keep all food and drinks covered and away from rats.

Seek medical care if you have recently had contact with floodwaters, mud, or animals and develop the following symptoms: fever, muscle pain and headache.

You may also have red eyes, loss of appetite, nausea/vomiting, dizziness or feel weak.

A 20-year-old man will be produced in the Suva Magistrates Court this afternoon charged for his alleged involvement in the Raiwai brawl on ... 36 minutes ago