5 ministers to raise funds for children living with cancer

5 ministers to raise funds for children living with cancer 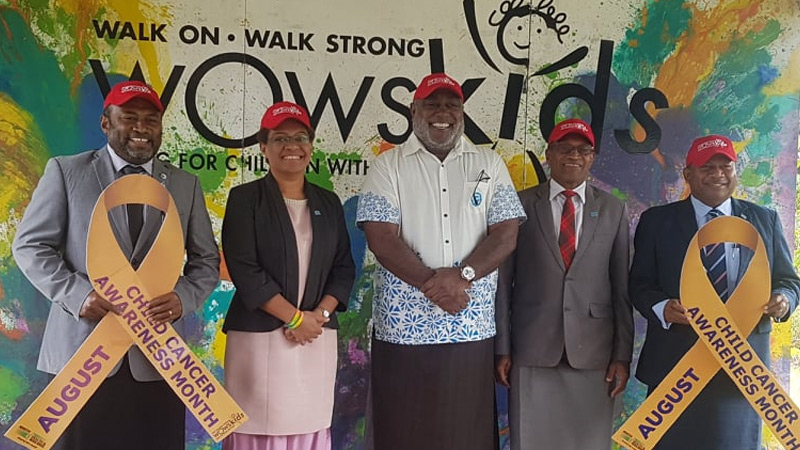 Five cabinet ministers will be taking part in the Great WOWS Walk and have pledged to raise and donate at least $500.

The Great WOWS Walk is a virtual walkathon where participants will walk 50km within 14 days and will be using their mobile apps for tracking.

Organisers, WOWS Kids Fiji says the concept enables overseas-based family and friends to participate as well and raise funds for the worthy cause of directly supporting the treatment and welfare of children diagnosed and living with cancer in Fiji.

They say Fijian children diagnosed with cancer are listed by the World Health Organisation as one of the vulnerable group of people to contract Covid19 with their medical conditions.

WOWS Kids Interim Team Leader, Mere Williams says having these Ministers come on board to support the Great WOWS Walk sends a strong message that we can all work together and contribute in one way or another to help fight childhood cancer in Fiji.

She says they continue to raise awareness for early presentation of cases to hospitals and are emphasizing to parents and guardians to educate themselves about the early signs of childhood cancer.

Williams adds that most of their cases where children, unfortunately, succumb to the deadly disease is due to late presentation.