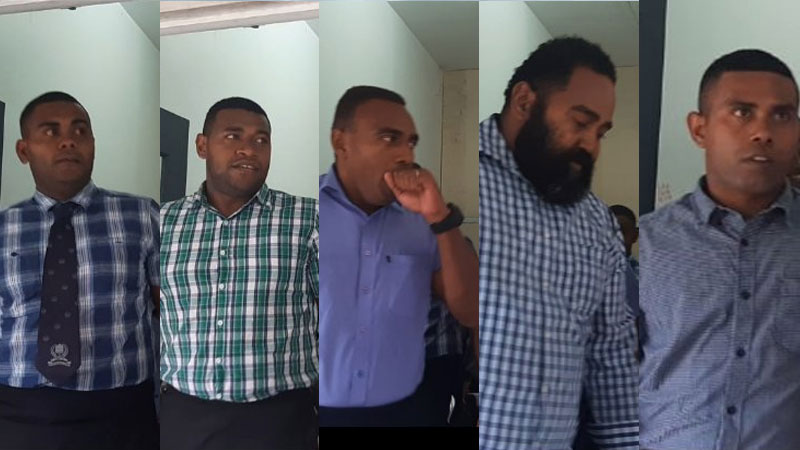 Five Police officers who are charged with allegedly placing methamphetamine in a vehicle belonging to a 23 year old man in Suva in May last year have been granted bail.

Ralase and Basulu face additional charges of abuse of office.

It is alleged that they placed a small bag containing methamphetamine in the back of the victim's car.

There was no objection to bail from the prosecution.

Some of their bail conditions include not changing residential addresses, not interfering with state witnesses and not committing arrestable offences.

The five police officers will take their plea on the 23rd of April.