No appointment of Electoral Comm Chair as yet

No appointment of Electoral Comm Chair as yet 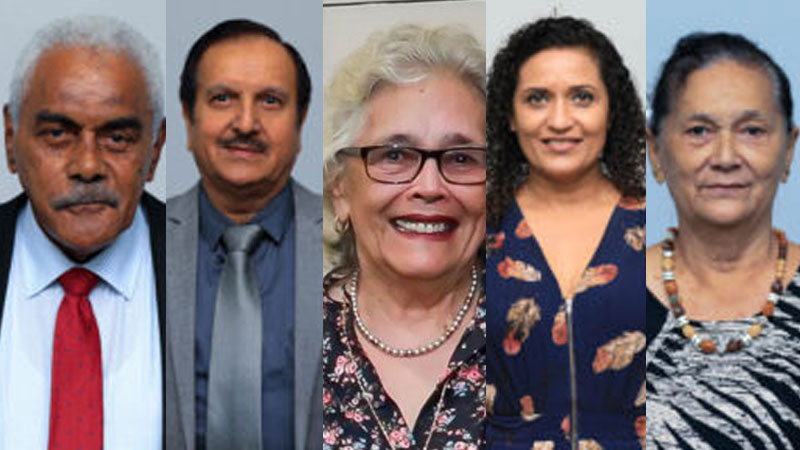 The Electoral Commission members say they would like to correct claims by Fiji Labour Party Leader, Mahendra Chaudhry when he said in today’s Fiji Times that due to the absence of a Chair, the Commission is not operating at the moment.

They say while the Commission members work on a part time basis, the FEO operates a full time secretariat headed by the Supervisor of Elections which could have facilitated clarifications.

The Commission urges news organizations and political parties to exercise diligence when making such reports and statements.

The Chair of the Electoral Commission is yet to be appointed by the President.

Chandra has not confirmed why he had resigned.

On November 22nd last year, the Legal Practitioners Unit confirmed that Chandra did not have a legal practising certificate at the time.

The Unit says any further questions on why Chandra does not have a practising certificate had to be referred to the Chief Registrar, Yohan Liyanage.

We sent questions to Liyanage. He did not respond.

Suresh Chandra is facing six counts of professional misconduct and has been allowed by the Independent Legal Services Commission to travel to Australia for medical purposes and return to Fiji before his next appearance on 1st February this year.

As security, Chandra has been order to hand over the original titles of his two properties to the Independent Legal Services Commission.

He has also been ordered not to dispose any of his assets in Fiji pending determination of the disciplinary allegations against him.

In his ruling, Independent Legal Services Commissioner Justice Daniel Goundar stated that he is satisfied that Chandra has a genuine medical condition that requires overseas treatment.

Justice Goundar adds in the event the disciplinary allegations are proven against Chandra in absentia, orders can be made to recover the shortfalls in the trust account from his assets.

Justice Goundar says that the trust account is currently frozen.

He said that Chandra has not been a holder of a valid practising certificate since 2020.

Section 12 of the Trust Accounts Act requires a trustee to submit audit reports for each financial period.

Justice Goundar further says Chandra did not submit his audit reports for three financial periods from 2016 to 2018.

Chandra provided the Chief Registrar with four extensions from the Office of the Attorney General to submit his pending audit reports.

The extension was given pursuant to section 12(2) of the Trust Accounts Act.

Justice Goundar adds the last extension was granted until 31st July 2020 for Chandra to submit his three pending audit reports.

After that no further extension was granted and Chandra’s practising certificate was not renewed.