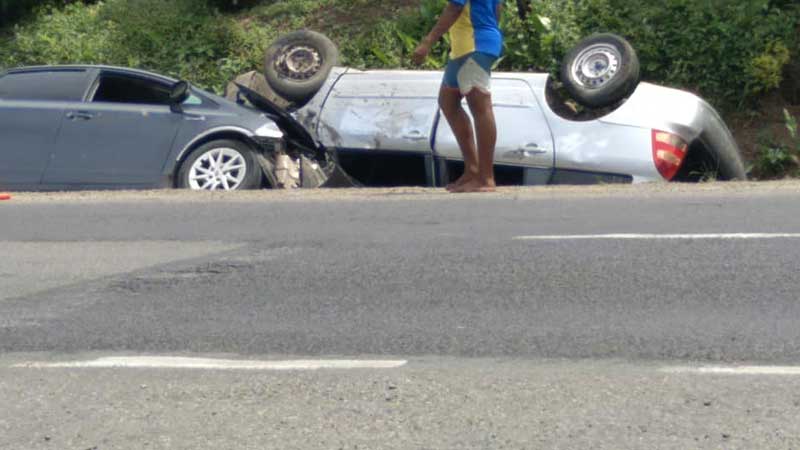 A 47-year-old woman has passed away following an accident along the Queens Highway in Sigatoka this afternoon.

Police say the woman was travelling in a vehicle with three others when their car was allegedly hit by another vehicle driven by a 45-year-old man.

Four people were rushed to the Korolevu Health Centre where the woman was pronounced dead on arrival while the three others were treated and sent home.

The 45-year-old driver sustained minor injuries and was treated and sent home.

Police say the circumstances surrounding the accident are still being investigated.

A 24-year-old man who was captured on video punching another man several times at a worksite in Navua last week has been charged with one count of ... 43 minutes ago

Health Ministry’s Permanent Secretary says schools will remain closed. While responding to a question about the reopening of schools, Dr James ... 53 minutes ago