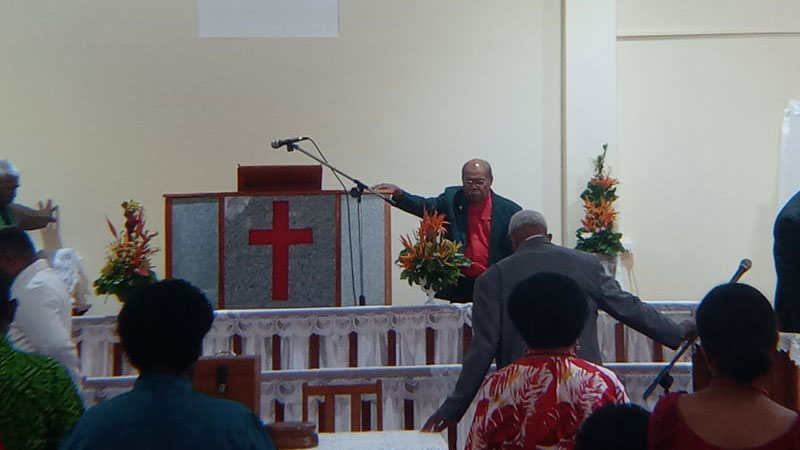 Members of the Kecisemani Methodist congregation in Cunningham Stage 4 were emotional when their newly built church which cost over $450,000 was officially opened by Reverend Adoni Vakamoce.

Church leader Apaitia Toka says after years of hard work and sacrifice, members of their church have finally built a church that fulfills the dreams of their elders.

Toka says through the fundraising and sacrifice, they had collected the money needed.

He says the Cunningham congregation was formed in 1982 by 15 families and has grown through the years, and today they have over 250 members in their church.

Toka says the church was constructed in January 2021 during the COVID-19 pandemic.

The church leader says through God and his blessings, they have fulfilled their elders’ dreams for their future generations in Cunningham.

Fijian Drua centre Kalaveti Ravouvou who will make his debut for the Vodafone Flying Fijians this afternoon is relishing the opportunity to play again... 15 minutes ago
LATEST NEWS

20 people were charged with a total of 47 counts of serious sexual offences last month. Of the 20 people charged, two were 17-year-old boys who ... 24 minutes ago