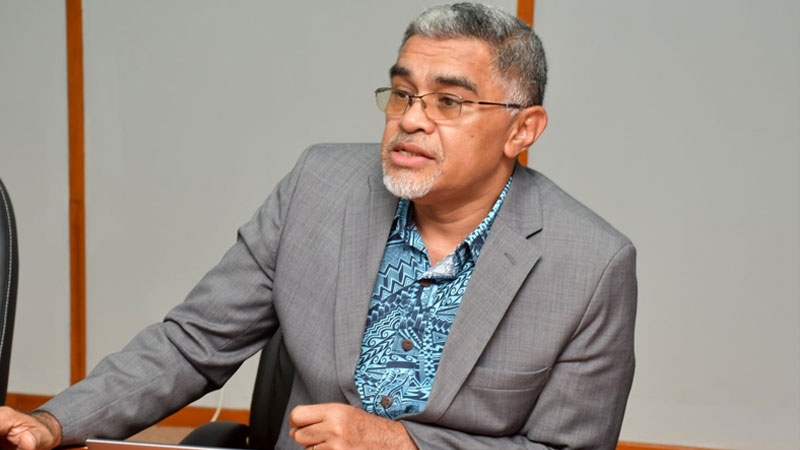 The Ministry of Health has today announced four new border cases of COVID-19.

Permanent Secretary Dr. James Fong says the 1st case is a 35-year-old man who travelled from the United Kingdom and arrived in Fiji on flight NZ 952 from Auckland on December 24th.

He adds the 4th case is a 55-year-old man who travelled from Mali and arrived in Fiji on the 31st of December on flight NZ952 from Auckland.

Dr. Fong says the individuals have been safely and hygienically transferred to the isolation ward at the Lautoka Hospital in accordance with the standard protocol for confirmed cases.

Dr. Fong adds the frontline border and quarantine staff who were directly involved with the cases have followed their standard infection prevention and control protocols, and will be monitored and tested as necessary.

He says they also have another positive case that is considered a historical case.

Dr. Fong says the 39-year-old man arrived on flight NZ952 from Hong Kong on December 21st adding the man tested positive during routine border quarantine testing, however, this person had already tested positive between October-December while travelling in France and the United Kingdom and will not be counted as a new case for Fiji.

Dr. Fong says it is known that non-infectious particles of the COVID-19 virus can remain detectable, and result in a positive test result, long after the infection has passed, even if the person has tested negative previously; therefore it is unlikely that this person is currently infectious.

He adds the man is also symptom free, however, as a precaution, he has been transferred to the isolation ward at Lautoka hospital according to their standard protocol.

Fiji has a total of 53 cases since our first case was detected on March 19th last year, with the last 35 cases detected in border quarantine.

Fiji now has 5 active cases and it has now been 263 days since the last case was detected outside border quarantine.