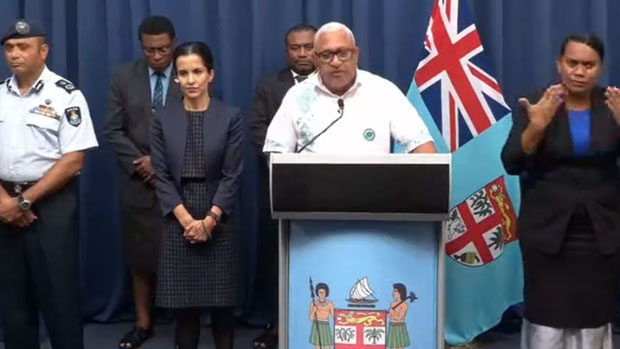 The third case of COVID-19 has been confirmed in Fiji.

Bainimarama says luckily, once again, this patient was not showing symptoms until they were in isolation, vastly cutting the odds they passed the virus onto others.

The mortality rate among the young is especially low, around the world, coronavirus has largely gone undetected in children and infants, as they display only mild symptoms.

But Bainimarama says as today’s case shows, no age group or demographic is immune to contracting or spreading the virus.

He says while the baby’s case may seem heartbreaking, what is truly frightening is the scenario that could have unfolded if the situation had been handled differently, and the first patient’s entire household wasn’t immediately put into isolation as soon as he tested positive.

Bainimarama says every grandparent, great-grandparent, uncle, aunt and neighbour who held this precious, fourteen-month-old baby boy in their arms could have easily been infected, all with just a drop of spittle, burp or cough.

He says while statistics show that babies will recover, for the more vulnerable in our society, this simple act of affection could be a death sentence.

The Prime Minister says by the grace of God, the government’s aggressive contact tracing exercise has so far proven very effective, identifying two additional patients who were already safely placed in isolation.

We have 3 confirmed cases of COVID19 in Fiji. One imported and 2 direct contacts of the first case. All other tests so far for suspected cases are negative. #TogetherWeCan

Fiji has confirmed our third case of #COVID19, the first patient’s one-year-old nephew. Once again, this new patient did not display any symptoms until after he was placed into isolation.

All three patients are in stable condition. 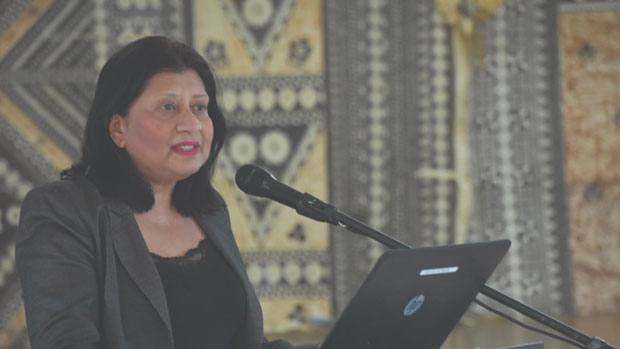 The Prime Minister says he was shocked to learn that the Vice-Chancellor of the University of Fiji illegally violated the Lautoka confined area and caught a flight to Sydney.

Voreqe Bainimarama says to imagine the ordinary Fijians that would have come into contact with her on her way to Nadi, through Nadi Airport and on the plane itself.

He says her crimes put lives at-risk and are an affront to the hard work of the officers and staff, as well as the good measures they have put in place to protect our people. A taxi driver from Tuvu in Lautoka was arrested this morning for alleged disobedience of lawful order.

Police Commissioner Sitiveni Qiliho says the man allegedly used his taxi to transport the Vice-Chancellor of the University of Fiji based in Lautoka to the Nadi Airport last Saturday through Kings Highway.

Investigations are continuing concerning this latest incident as a fixer allegedly arranged this and a Personal Assistant was allegedly involved.

Meanwhile, Fijivillage is trying to speak to the University of Fiji Vice-Chancellor, Sushila Chang on why she allegedly breached the Lautoka border and went to Sydney.

There was no decision until this morning despite repeated calls and questions.

The classes and exams were cancelled this morning.

Meanwhile, Bainimarama also says it is unfortunate to see that a number of individuals have already sought to violate the government’s border protection measures in Lautoka to contain COVID-19.

Bainimarama says so far, 11 people have been charged and produced in court today.

He says in the last few hours, another three have been arrested.

Bainimarama stresses that if you are planning to illegally enter or leave the confined area, or aid and abet someone seeking to do so, think again.

He says this isn’t a game.

Bainimarama says this is a life or death situation, and punishment will match the seriousness of the offenses committed.

The Prime Minister has also made it clear that maintaining the current borders of the Lautoka confined area for the time being, but if people continue to break the law and leave or enter, the government will not have a choice – these restrictions will need to be prolonged and extended to new areas or even the entire country.

The Prime Minister also says while the borders are closed, they are going to tremendous lengths to ensure life in the Lautoka confined area goes on normally as much as possible.

He says banks, pharmacies and supermarkets all remain open.

Bainimarama says food is being regularly supplied. He says essential services are being provided.

He says while they have been disappointed to see a few bad apples, skirting the rules and recommendations they have enacted to keep Fiji safe, he has also been incredibly heartened by the nationwide response to look out for each other’s health and wellbeing.

Bainimarama says there are stories of young people doing grocery shopping for their elderly neighbours.

Stories of hotels opening their doors, free of charge, to those who are restricted from entering the confinement area. Stories of Fijians spreading love on social media, finding new ways to greet each other, and reminding their friends to spread facts, not fear.

The Prime Ministrer we should all be grateful to our disciplined forces for their vigilance in keeping Fijians from harm, but their officers cannot be everywhere at once.

He also says we need every Fijian enlisted in the enforcement effort.

If you see a large gathering going on, tell them to show some care and cancel it.

If you know someone is planning to leave the Lautoka confined area, immediately tell the Police.

If you see someone violating self-quarantine, tell them to take themselves home for the sake of everyone’s safety.

If you see people sharing a cup to drink, hugging, shaking hands or even playing rugby, tell them to stop and play it safe.

He says we need the eyes and ears of every Fijian on our side at all times – that is the only way we keep Fiji ahead of this virus. 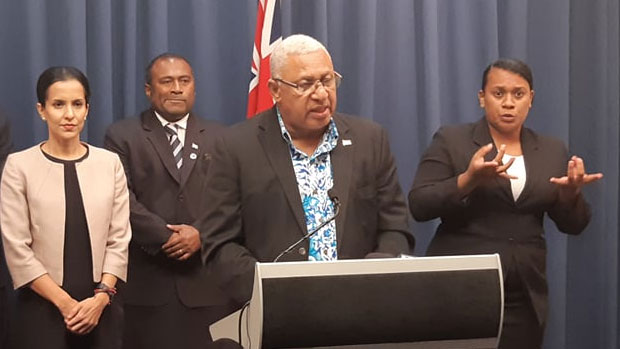 Prime Minister, Voreqe Bainimarama stresses that the 20 people limit on gatherings applies to weddings, parties, concerts, sports events, religious services, funerals - everything, and there are no exceptions.

Bainimarama stresses that none of these plans are more important than people’s lives.

He says you may live outside of Lautoka, or outside of Viti Levu, and feel that you can still gather and celebrate, safe from harm.

The Prime Minister says this mentality is stupid, as you are harming yourself.

Bainimarama says the government has announced a ban on any gatherings of 20 or more people.

Workplaces, banks, supermarkets, open-air markets, pharmacies and other areas where essential services are offered are fine for now, given you keep a safe distance apart.

He says restaurant owners should also cut their seating capacity to be within our 20-person limit, keep tables hygienic and safely spaced apart, and better yet switch to delivery.

Bainimarama says for those who already offer take-away or delivery, do it more. For all others, try offering this service for the first time.

He says the border protection measures in the Lautoka confined area remain in full effect.

The Fiji Police are monitoring checkpoints at the King’s Road at Matuwalu Junction, the feeder road at Vakabuli Junction and the Queen’s Road at Natalau Junction.

International shipping services to the Lautoka port are all diverted to Suva except for those that deliver goods exclusively for food and manufacturing purposes only for the Lautoka confined area.

The Commissioner for Police will also be overseeing the safe and hygienic off and on-loading of all goods into Lautoka, and he is the main contact for the exporters and importers who qualify.