3 Fijians posthumously awarded medals by UN for their sacrifice

3 Fijians posthumously awarded medals by UN for their sacrifice 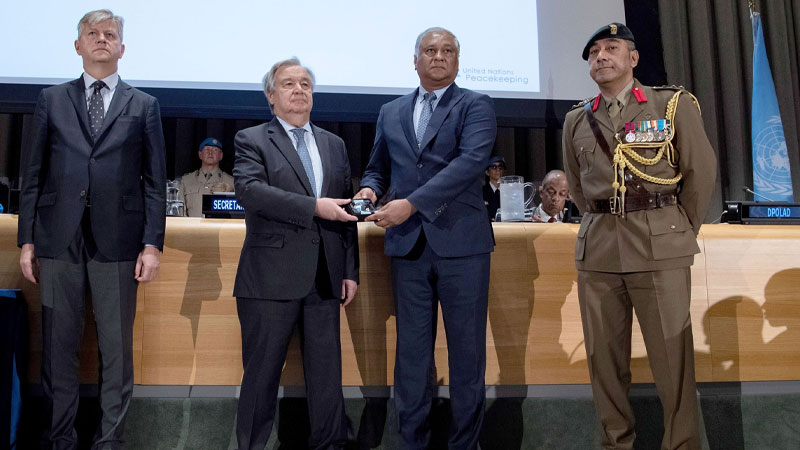 The medal ceremony at the UN. [image: Fijian Govt]

The Dag Hammarskjold Medal ceremony is held annually on the International Day of United Nations Peacekeepers.

The Dag Hammarskjold Medal is posthumously awarded to honour peacekeepers who have paid the ultimate sacrifice, in the service of peace.

The Fijians posthumously awarded were late Warrant Officer Class Two Kolinio Mocevakaca who died whilst serving with the United Nations Assistance Mission in Iraq and Corporal Sakiusa Vakalala who died serving in the United Nations Disengagement Observer Force in Syria.

They also honoured the late Seniloli Tabuatausole who died, as a result of a car bomb attack in Libya.

He was a civilian staff with the United Nations Support Mission in Libya.

In 2019, 83 United Nations Peacekeepers died in the service of peace.

Fijian peacekeepers have continuously served around the world since 1978.