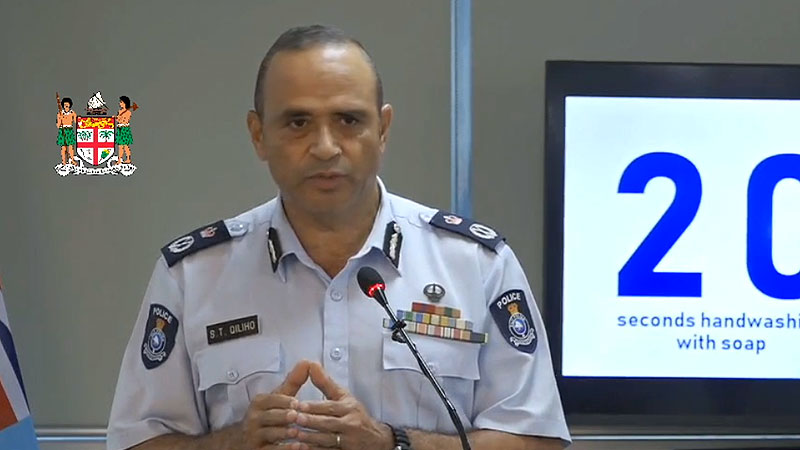 Police Commissioner Sitiveni Qiliho confirms that people like the 27-year-old flight attendant from Lautoka who was the first confirmed COVID-19 case and the 54-year-old Labasa man who returned from a religious gathering in India and spread COVID-19 to a few people in the country are expected to be investigated for allegedly breaching the Public Health Regulations.

Qiliho also confirms that the flight attendants who were allegedly drinking grog at a hotel in Nadi during their isolation period last month will also be investigated.

Qiliho says the flight attendants are also being fully investigated and further action will be taken after they complete their isolation period.

According to the Public Health Amendment Act, a person faces upto $10,000 fine or 5 years imprisonment or both, for breaching the self quarantine directives.