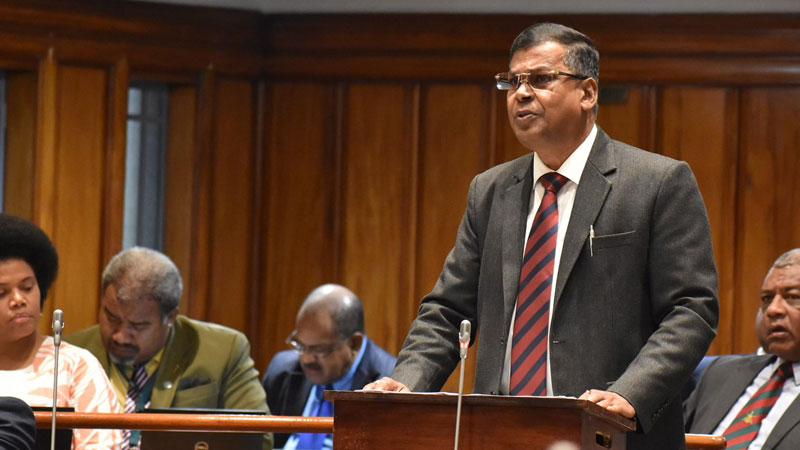 While delivering his response to the 2020/2021 National Budget, Prasad says the budget states that all this is to make the economy more efficient.

He says this year the Minister for Economy talks about boldness and courage but it does not take courage to cut import duty on luxury cars and electric hair dryers.

Prasad says there is no courage here, there is panic.

He says for almost 15 years, the government has been running the economy and has refused to listen to anybody else.

Prasad says there needs to be a National Economic Summit to discuss the future economic policies, chart a common economic vision and carry it out.

He says it is time for them to all share in making economic policy as the economy belongs to the people.

Prasad says thousands of people still depend on the sugar industry and its supposed to have been reformed.

He says every year he responds to the budget address and focus on the same problems but these problems never change.

Prasad says the root cause of them is the poor leadership of the government.

He says nowhere in his speech does the Minister for Economy talk about children being hungry because he is too embarrassed, so he talks about the global economy.

Prasad says the minister talks about economic reforms, loan deferrals but nowhere does he talk of hunger.

He also spoke about the work done by some of the civil society organisations on trying to help feed people.

Minister for Economy, Aiyaz Sayed-Khaiyum is expected to respond during his Right of Reply in parliament.

PNG has confirmed 7 more COVID-19 cases today with 3 from yesterday and 4 for today. Yumi FM News reports these 7 cases are all linked to a mining ... 43 minutes ago

The US Embassy has today in partnership with the Asian Foundation donated various books to the Suva City Carnegie Library. While making the ... 52 minutes ago