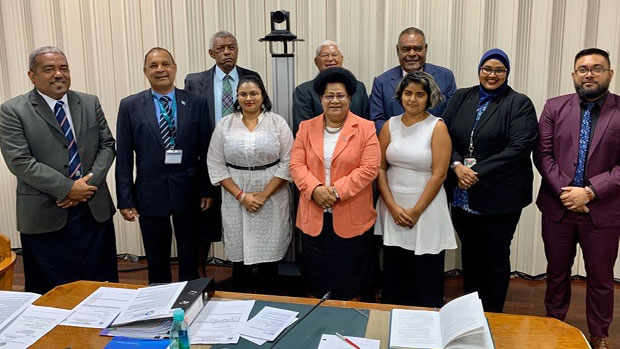 Fiji Women’s Rights Movement Team Leader, Artika Singh says 20% of all women they interviewed in 2016 stated that they have experienced sexual harassment in the workplace but only 18% reported it.

While making submissions to the Parliamentary Standing Committee on Foreign Affairs and Defence, Singh says this is mainly because the current National Harassment Policy has not been reviewed since 2008.

She says this is also because of the non-inclusion of social media as a means of perpetuating sexual harassment and outdated references to the Penal Code which is now repealed by the Crimes Act.

Singh says according to a survey they conducted in 2016, the Food, Beverage and Hospitality Sector has the highest incidence of sexual harassment at workplaces.

She also says that in the study, Nadi was identified as the hotspot for incidences with 35%, Suva was second with 19%, Labasa was third with 18% while Lautoka was 11%.

Singh says the survey has also indicated that most women remain in workplaces where they have experienced sexual harassment.

She says there has been a decrease in incidence of sexual harassment in the workplace which is encouraging, however more work needs to be done for workplaces to adopt sexual harassment polices that are consistent with the national standards.

China has donated 17 hospital beds worth $25,500 to aid Fiji with its current response to COVID-19. The Fijian government in a statement says this ... 52 minutes ago