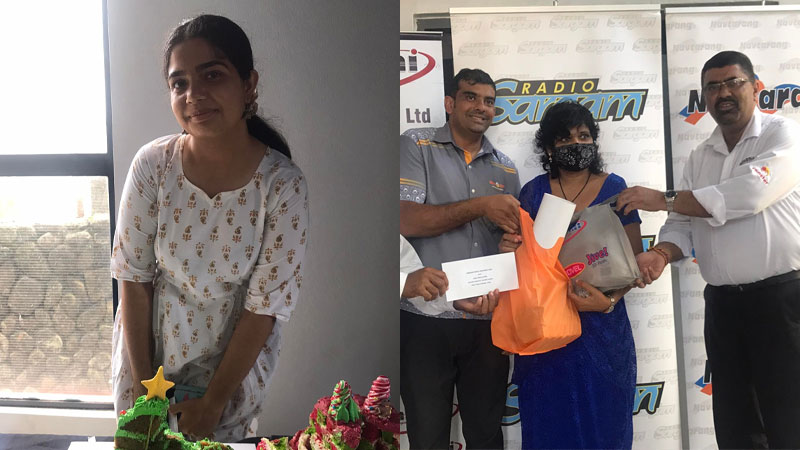 Participating for the first time, Mehta says her mother took part in this competition last year which inspired her to take part this year.

Mehta says she is surprised and did not expect to win the $250 prize money.

She also shared that she has learnt how to bake a cake from her mother and butterscotch is her favorite flavour.

The 2nd prize of $150 was won by Anjalin Sharma of 9 miles Nakasi and 3rd prize of $100 was given to Adarsh Chand of Valelevu.

The 45-year-old scooped the $250 prize money. She says she developed interest in baking 12 years ago and has been taking part in the competition over the last five years.

Mati says she will celebrate Christmas with her family at home because she needs to spend money wisely to be prepared for the third wave of COVID-19.

The 2nd prize of $150 was won by Ashneeta Devi of Makoi and 3rd prize of $100 was given to Ashna Prasad of Calia, Navua. The competitions were sponsored by Ram Sami and Sons and Golden Harvest Baking Range.