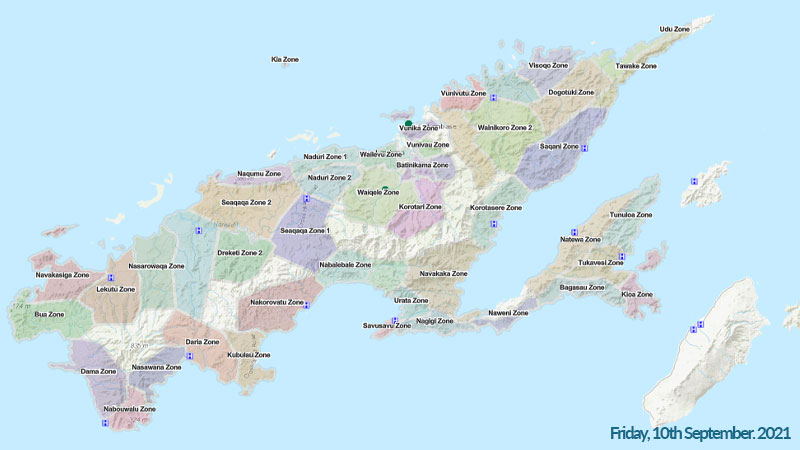 Permanent Secretary for Health Dr James Fong says the new case of COVID-19 in the Northern Division travelled from the Western Division as part of the ongoing repatriation program on 8th September.

He says as per protocol the man was tested whilst in the Government designated quarantine facility in Labasa and tested positive. The case is stable and has been transferred to the Malau Isolation Facility.

Dr Fong says there is a possibility that this is a historical case and this is currently being investigated. There are currently five active cases in the Northern Division.

Dr Fong further says 5 new cases were diagnosed on Malolo Island bringing the total number of cases on the island to 50.

Of these, 25 individuals have recovered and have been discharged from follow up, while 25 remain active and all are in the village of Solevu. The active cases are stable, and under ongoing daily assessment by the health team. Movement restriction remains in force for the island.

Three new cases were identified in the last 24 hours on Naviti Island. This brings the total number of cases to 110 of which 109 remain active. Contact tracing continues with daily assessment and screening of symptomatic individuals done in the villages.

Three patients on Waya Island have been referred to Lautoka Hospital for further assessment. The intermediate team visited the villages on the island and undertook the assessment for possible new cases. The district nurses on the island continue to provide awareness sessions on COVID-19 prevention in the villages and settlements.

Kadavu recorded three new cases in the last 24 hours bringing the total number of cases to 455. Of these, 311 have recovered and 142 remain active.