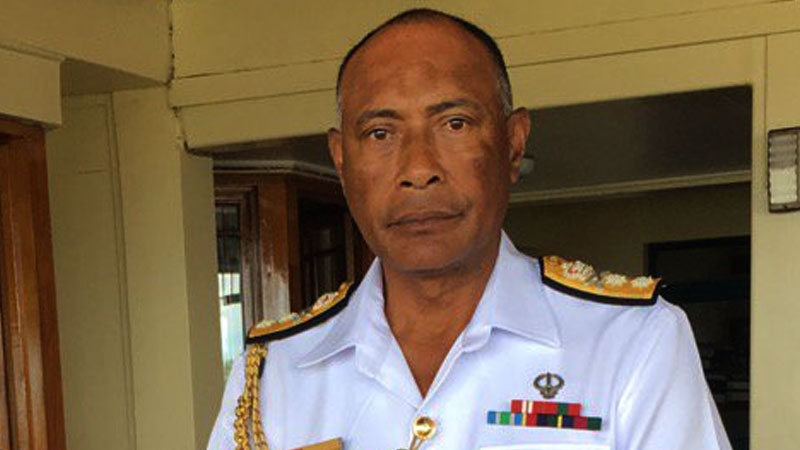 162 soldiers of the Republic of Fiji Military Forces serving with the Multinational Force and Observer mission in Sinai, Egypt will be arriving in Fiji tomorrow and they will be quarantined in a Ministry of Health designated quarantine facility in Nadi in accordance with the COVID 19 Containment protocol.

RFMF Commander Rear Admiral, Viliame Naupoto says these soldiers have been in the mission area for one year and four months in what was supposed to be a 12 month deployment.

Naupoto says the initial flights to repatriate and change these personnel were conducted in late March but as a result of the COVID-19 restrictions imposed globally by national governments, including the Government of Egypt, the rotation did not take place and the soldiers deploying to replace those in the mission areas had to return to Fiji after a refueling stop in the Maldives.

He adds this resulted in further delays to their repatriation in order for the Multinational Force and Observer missions and Fiji to prepare well for the return of the 162 personnel in accordance with COVID-19 containment protocols.

Naupoto says the Fijian Government has decided to repatriate its troops in consultation with the RFMF and the Ministry of Health.

Naupoto also expressed their gratitude to the government of Australia, and the Australian Defence Force, for its continued support of Fiji’s troop rotations.

Naupoto has also asked the public for its support, understanding, and prayers during this troop rotation.

He says like everyone else in Fiji, and the world, the RFMF is learning and adapting to the new normal to ensure its personnel are safe and back home safe, after an extended tour of duty.

37 people were arrested for breaching the curfew last night and 19 of those arrested were allegedly found drunk in public places. Police ... 43 minutes ago