1,313 complaints received by Consumer Council from Aug to Oct with a monetary value of $1.3 million - Shandil

1,313 complaints received by Consumer Council from Aug to Oct with a monetary value of $1.3 million - Shandil 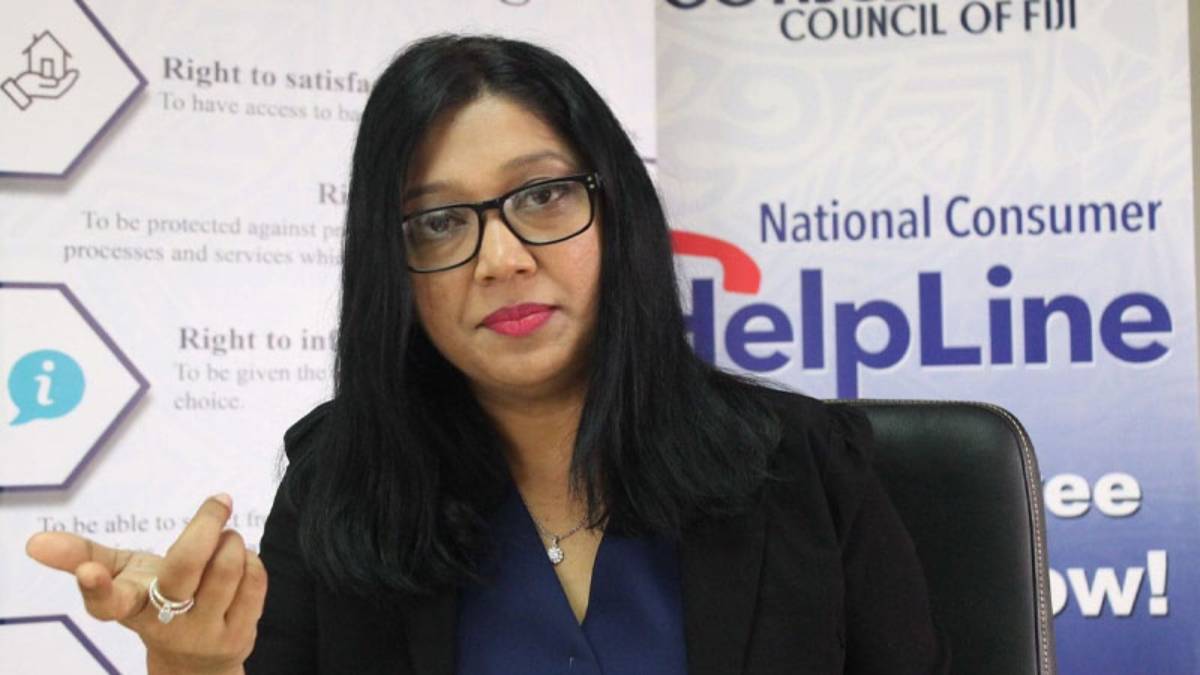 People are being urged to be cautious and exercise proper due diligence when forking out money from their pockets as we head into the festive season since the Consumer Council of Fiji has noted an 11 percent increase in complaints in the last 3 months (August to October) compared to the same period last year.

The Council says they received 1,313 complaints with a monetary value of $1.3 million.

Council CEO Seema Shandil says the notable increase serves as a reminder to consumers that as we enter the festive period, people should remain vigilant at all times and dot all the i's and cross all the t's when trusting others with their hard-earned money.

She says people must be conscious of what is happening in the current marketplace to ensure they are safeguarded from certain traders who are always looking to capitalize on the vulnerability of consumers via unethical means.

Shandil says complaints pertaining to food and drinks were at the top of the list and accounted for 10.8 percent of the total complaints registered during the period in focus.

She adds the Council noted that many traders continued to defy regulations and were found to be selling expired food items, selling priced control items above regulated prices and restaurants preparing food in unhygienic conditions.

The CEO says complaints relating to food and drinks are astounding due to the malignancy of its effects on consumers, and issues such as the sale of expired and banned products show a high level of negligence and profiteering behaviour.

Shandil urges people to be extremely vigilant as there is usually a high uptake of certain types of food and drinks during the festive season.

She says other top issues registered at the Council during this period pertained to landlord and tenancy, online shopping and public transport.

She further says out of the total complaints registered during these 3 months, the Council has successfully resolved 72 percent of the complaints while investigations, mediations and liaisons with other bodies are being conducted to resolve others.

The CEO says in instances where the respondents were not in favour of providing redress, the cases have been escalated to other enforcement bodies for further action.

Shandil adds it is astonishing to see that despite difficult economic times and heavy deterrents with respect to such unethical practices, certain traders continue to shell out as much as they can from members of the public.

She has made it clear that the Council does not condone any unethical practice, and they will not hesitate to name those individuals or traders who fail in their responsibility of maintaining a fair marketplace for all.

She says the Council will continue to work with different enforcement bodies to ensure unethical and unscrupulous businesses are held accountable.

The CEO is urging those who continue to face these issues to call them on toll-free helpline 155 or email complaints@consumersfiji.org or they can lodge their complaints through the Consumer Council of Fiji Mobile App.

More than 12,000 people have been killed and tens of thousands injured after a magnitude 7.8 earthquake struck Turkey and Syria on Monday, according ... 55 minutes ago