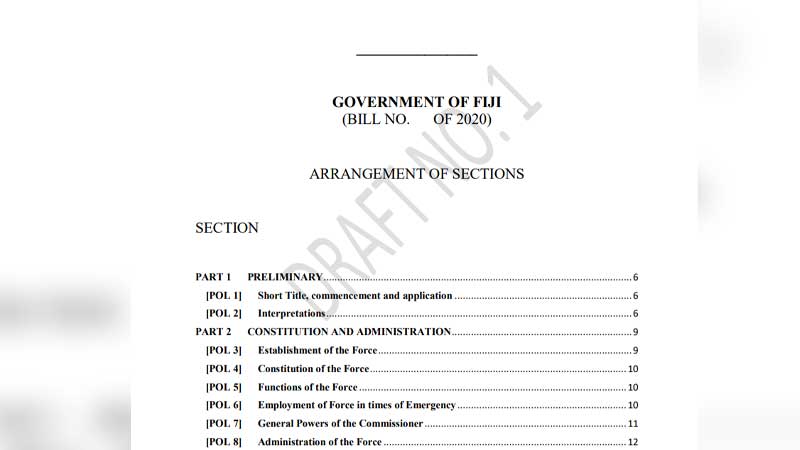 Eleven locations have been identified for the first round of face to face public consultations on the draft Police Bill.

It will start tomorrow at the Lomaiviti Provincial Council Hall in Levuka from 12pm to 4pm.

The first round of face to face public consultations will run from tomorrow till the 31st of this month.

Other sessions will be held at Serua Provincial Council Hall in Navua, Sabeto Village in Nadi, Keiyasi Village in Sigatoka, Nacula Village in Yasawa, Khatri Hall in Ba, Nadarivatu Village, Nalawa in Rakiraki and Vunimono Hall in Nausori.

The Ministry of Defence, National Security and Policing says anyone wishing to make submissions on the draft Police Bill can attend these sessions.

The Ministry has confirmed that only online submissions will be available for those living in urban areas.

They say they are only targeting areas where there is limited internet connectivity in the face to face public consultations. 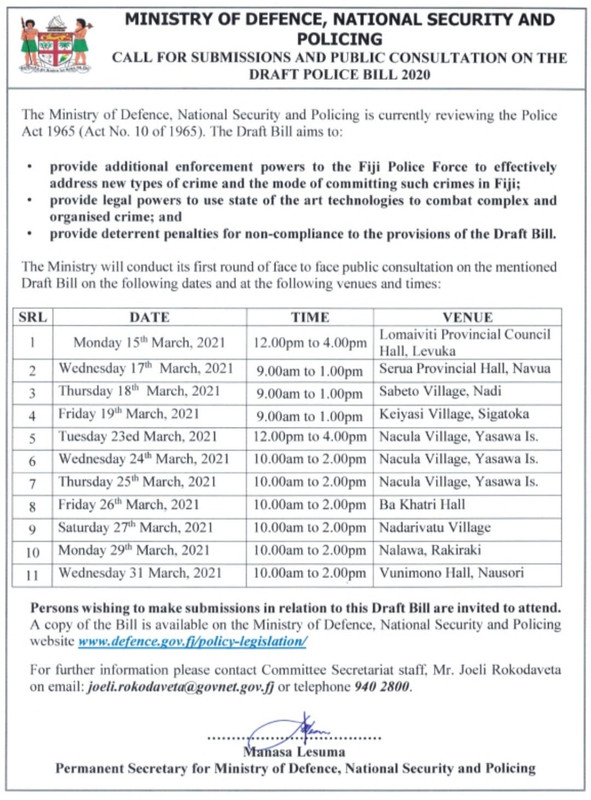