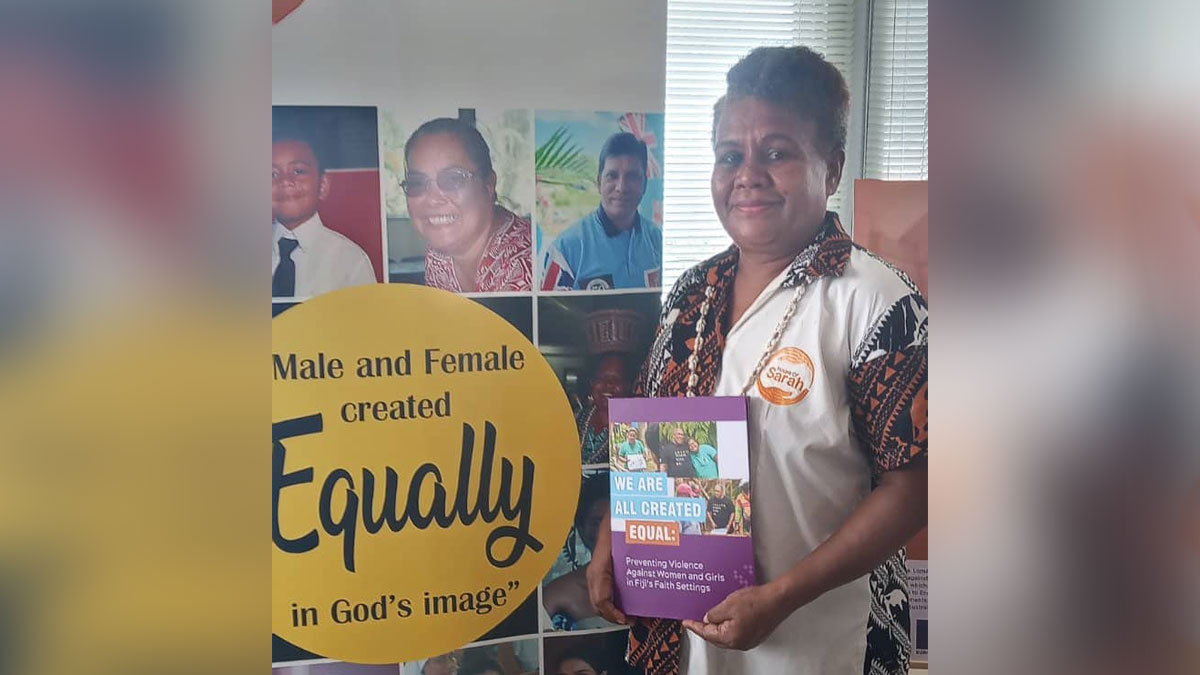 Joining the House of Sarah in 2018 was the best decision Community Activist, Avuna Atelaite, had made to change her family's circumstances.

While speaking during the launch of the paper “We are all created equal: Preventing Violence Against Women and Girls in Fiji’s Faith Setting, Atelaite says she grew up in a family where she did not experience abuse.

She says her father never abused them or her mother.

She says she started experiencing abuse and violence when she got married, and sometimes when this happened, she would sit on the side of their home and cry.

Atelaite says because there was no support and there was also a culture of silence, she could not express or tell someone what she was going through.

The mother of six says in 2018, she heard about the House of Sarah initiative, and she joined to ensure that no other woman goes through what she had gone through.

She adds her husband later joined the House of Sarah movement, and now the abuse and violence is no more.

Atelaite says she and her husband are now community activists on the prevention of violence against women and girls in their community in Wailoku.

Jimi Qoilau, who is also a community activist in Wailoku, says joining the House of Sarah training was very impactful as he now sees the importance of women in the community. Qoilau says before the training, he was an abusive husband and always thought that because he was the head of the family, he is the only one that can make decisions for his family.

He says after the training, he saw the importance of women in a family.

He adds he saw his wife as an equal, and when he gave some responsibilities to his wife, his family prospered.

Qoilau is urging all men not to look down on their women and ensure that all decisions in a family are done together.