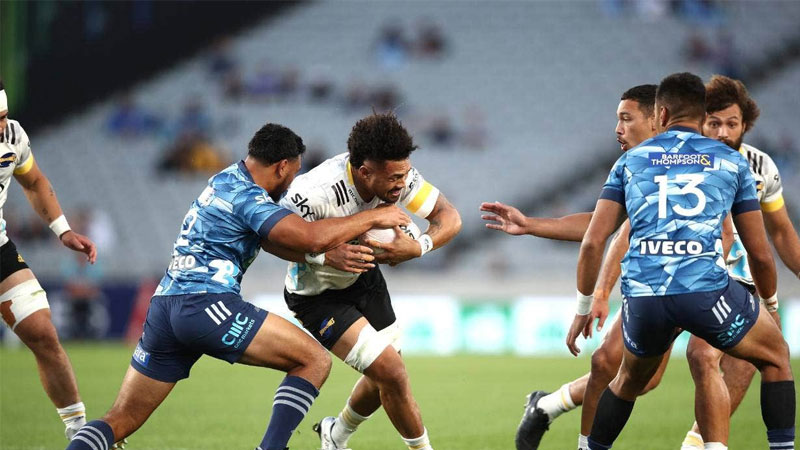 Ardie Savea was one of two Hurricanes players shown a yellow card against the Blues. [Getty Image]

Hurricanes coach Jason Holland believes officials made the wrong call to yellow card Ardie Savea and award the Blues a penalty try at Eden Park last night where the Blues went on to win the game 27-17.

The Blues were clearly the better team in the second half, but there was a controversial moment in the 31st minute when the Hurricanes captain was sin binned and the Blues awarded seven points by referee Brendon Pickerill, for collapsing a maul close to their line.

After the game, Holland was clearly unhappy with that decision.

Savea was the second Hurricanes player to be shown a yellow card in the first half, as in the 17th minute Du’Plessis Kirifi was off for 10 minutes for clearing out Otere Black at a ruck and making contact with his head.

Despite the two yellow cards, the Hurricanes stayed in the contest throughout the first half and were only down 10-9 at the break.

This loss leaves the Hurricanes with just one win from five games and hopes of making it to the Super Rugby Aotearoa final are slipping away.

However, the Highlanders’ surprise 33-12 win over the Crusaders, who the Hurricanes play next, in Christchurch on Friday gave everyone hope that this year’s competition is still up for grabs.

A founding member of the National Federation Party and former NFP MP, Ujagar Singh has passed away in Auckland. Party Leader, Professor Biman ... 34 minutes ago