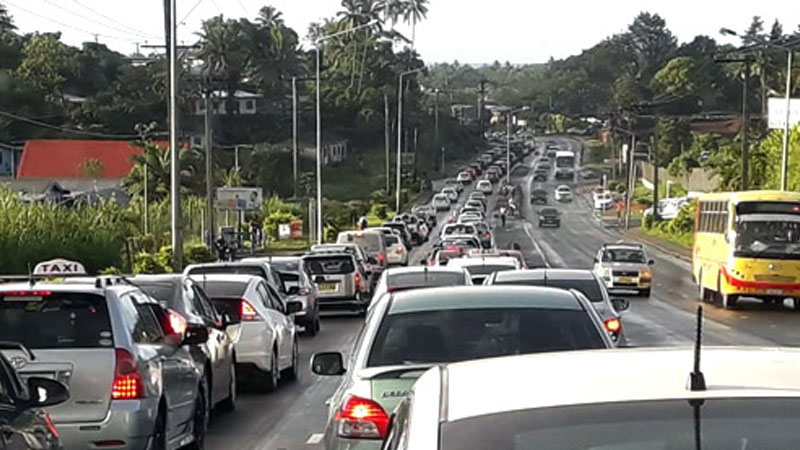 880 drivers have been booked for improper loading and another 861 drivers for overloading vehicles from January till May this year with an extra 201 bookings made until May alone.

LTA CEO, Samuel Simpson says those found overloading or improperly loading vehicles will be fined $50 and given three de-merit points.

He says drivers who break this law could also face a maximum sentence of three months imprisonment.

LTA CEO reiterates drivers must not drive vehicles that have been loaded beyond capacity adding this puts not only the driver but other drivers and road users at risk and is both irresponsible and unacceptable.

Simpson adds overloading and improper loading will cause vehicles to be less stable, difficult to steer and take longer to stop.

He explained vehicles react differently when the maximum weights, which they are designed to carry are exceeded.

He says goods vehicles must not have a load or part of their load projecting beyond the rear body of the vehicle unless there is a clear red warning material or triangle attached to warn other road users of a projecting load.

He further says at night time such loads are to be marked by a red light facing the rear.