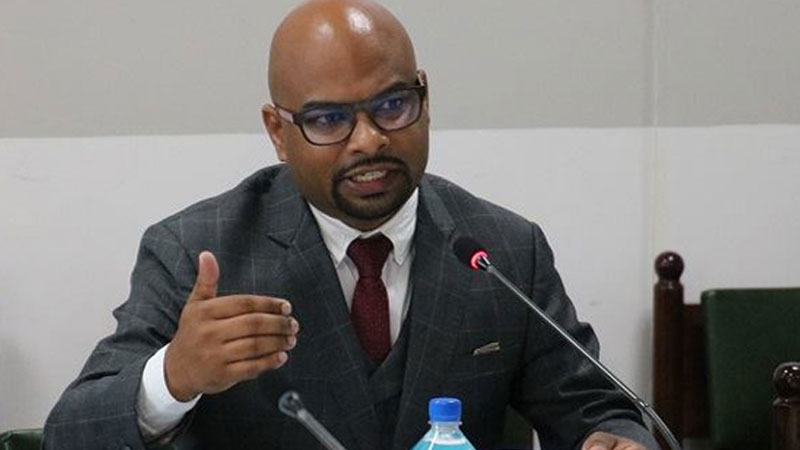 Director of the Human Rights and Anti-Discrimination Commission Ashwin Raj.

The Director of the Human Rights and Anti-Discrimination Commission Ashwin Raj says the US State Department erroneously refers to the Commission as a “Government Human Rights Body”.

While responding to the 2020 report on human rights in Fiji issued by the US State Department, Raj says if the authors of the report could take considerable time and effort to sift through the Fijian Constitution and cite as evidence that the Constitution prohibits the Commission from investigating matters in relation to the 2006 coup and the abrogation of the 1997 Constitution, he fails to understand how they glossed over the fact that section 45 (7) of the Fijian constitution guarantees the independence of the institution from the state.

Raj says nor did they make any effort to look at the powers of the Commission under section 12 of the Human Rights and Anti-Discrimination Commission Act.

He says as documented in its Annual Reports and publicised by mainstream media, the Commission is able to independently dispense with its mandate including conducting investigations against the State.

Raj adds this is evident in the various proceedings the Commission has instituted against the State and alternative reports prepared by the Commission as well as submissions to parliamentary standing committees on existing and proposed laws attest to the Commission’s independence.

He further says the Commission has expressed its views on a range of human rights issues that include: rights of arrested and detained persons, torture and brutality, use of force, on balancing the right to peaceful assembly against the imperatives of public order, on balancing rights and restrictions in the context of COVID-19 including curfews and lockdowns, discrimination on prohibited grounds, advocacy of hatred and the right to free speech, same sex marriage, sexual and gender based violence, human trafficking, business and human rights, rights of refugees and asylum seekers, rights of children and persons with disabilities, freedom of religion and the right to education, and most recently the deportation of the USP Vice-Chancellor.

Raj says contrary to the claims in the report, the Commission has been expressing their opinions loudly.

Raj also says surely, if this report is premised on the observations of select media rather than a wide cross section of the mainstream media in Fiji, one would get an impression that the Commission is not independent.

He adds the State Department does not acknowledge that it is not censorship but political bias that has plagued the possibility of accurate, balanced and fair reporting and this report is no exception.

The US State Department report says a variety of domestic and international human rights groups generally operated without government restriction, investigating and publishing their findings on human rights cases and government officials were somewhat cooperative and responsive to their views.

The report says the Fijian constitution establishes the Fiji Human Rights and Anti-Discrimination Commission and it continued to receive reports of human rights violations lodged by citizens.

The report adds the constitution prohibits the commission from investigating cases filed by individuals and organizations relating to the 2006 coup and the 2009 abrogation of the 1997 constitution.