Archbishop Chong says he has been threatened for speaking out

He says Fijians live in uncertain times, we live in fear and it is dangerous to speak your mind for truth and justice

Archbishop Chong says he has been threatened for speaking out

He says Fijians live in uncertain times, we live in fear and it is dangerous to speak your mind for truth and justice 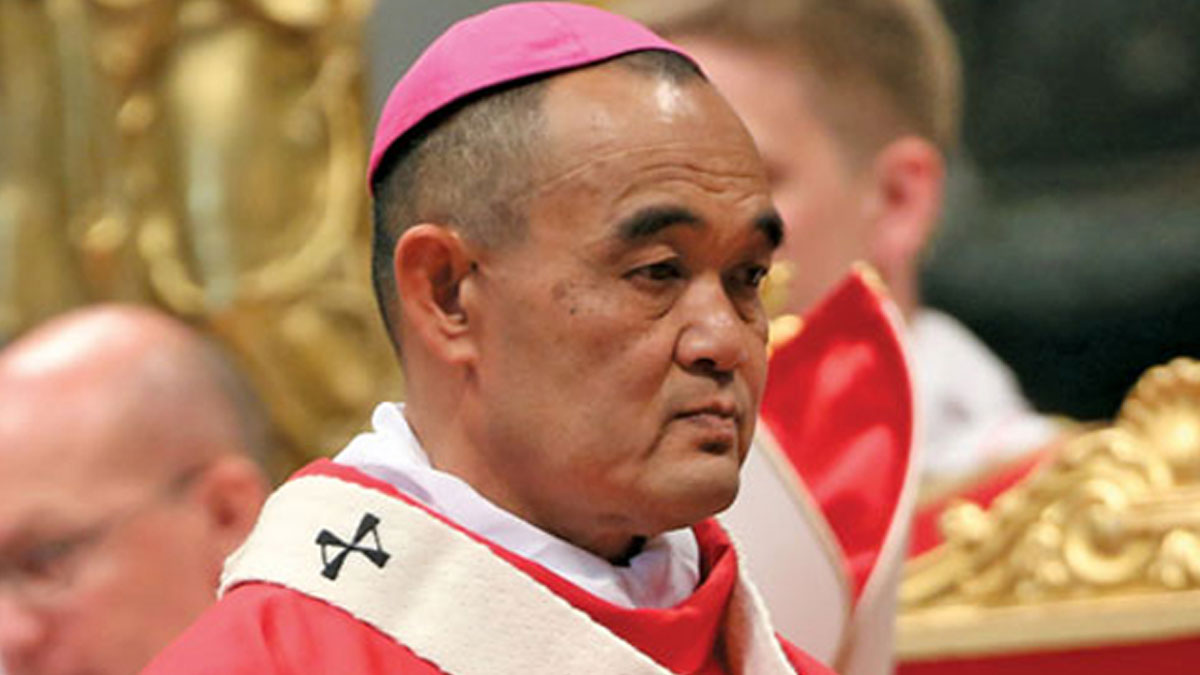 Today Fijians live in uncertain times, we live in fear and it is dangerous to speak your mind for truth and justice.

Those are the words of the Head of the Catholic Church in Fiji, Archbishop Peter Loy Chong as he has also highlighted in his article on “Colonialism, Independence, Freedom” that he has also been threatened for speaking out.

The Archbishop says the first fifteen years of independence and its dreams was short-lived with the 1987 coup.

He says since then, we have had three other coups.

The Head of the Catholic Church in Fiji says the Bainimarama-led 2006 coup was labelled as the coup to end all coups but we live in uncertain times.

He says there is the fear of China and Chinese extractive industries and companies.

The Head of the Catholic Church in Fiji says there are powerful multinational corporations taking their places.

Archbishop Chong says this year Fiji celebrates 52 years of independence but are we truly democratic and free, and are we fear-free.

He says he was born in 1961 and therefore he experienced the last nine years of British colonization.

The Church Head says he was what they referred to in those days, a half-caste, meaning part Fijian and Chinese because of his mother’s itaukei relatives, and he was very itaukei-cultured.

He says in the 1960s, Fiji moved precariously towards independence.

Archbishop Chong says the tension was high between the itaukei and Indo Fijians.

He says the itaukei feared that the Indo Fijians with their money-power will win the elections and rule Fiji.

He says he grew up with this fear.

Archbishop Chong says his family lived along the Wainalumu River, a tributary of the Rewa River, and the closest town was Nausori.

He says when travelling to Nausori they go through the Baulevu area which is densely populated by Indo Fijians.

He says he clearly remembers counting the number of Indo Fijians against itaukei in the bus, in case a fight broke out.

Archbishop Chong says fear and uncertainty were his experiences of the last nine years of colonialism.

He says some itaukei people tell him that suppression and fear marked the colonial era.

He says there was a lot of excitement, we proudly held our blue flags but asks what did Independence bring and have we gone past our fears, uncertainties and mistrust.

He says the late Pope Paul VI taught that participation and equality are fundamental foundations of human dignity and freedom.

He says the Pope said that there is a basic drive in human beings as they seek greater development, that is, to share responsibility in decision making that shape their individual and collective future.

Archbishop Chong says the principle of subsidiarity calls for local communities to assess, decide, and act at the most local level possible while still being effective in securing the common good.

He says the state should not take over duties and responsibilities that local communities can carry out themselves.

He also says on behalf of the Fiji Catholic Church, he prays that all Fijians collaborate for a truly independent, democratic and just society where the principles of participation, subsidiarity, human dignity and freedom is practiced.