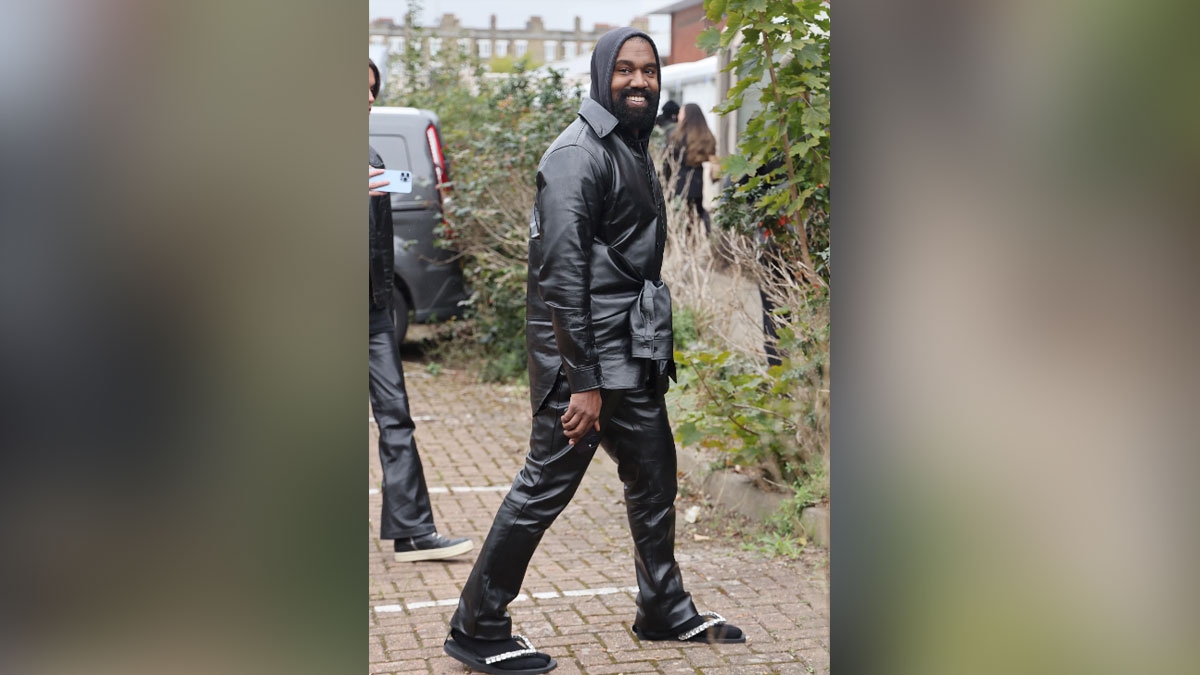 Burberry’s spring 2023 show in London, England today was a star-studded event, with celebrities such as Erykah Badu, Chloe Bailey, and Normani sitting in the front row.

Ye also made an appearance: The rapper showed up clad in a leather shirt and pants with a black hoodie (one of his signature pieces).

But it was his shoes that were the outfit’s true focal point: He chose to bring socks and sandals to fashion week. Scratch that, socks and flip-flops. Bedazzled flip-flops.

Ye is no stranger to unconventional footwear.

For Balenciaga’s resort show in New York City back in May, he showed up wearing the label’s XXL rubber boots (just moments before they were shown on the runway.)

He’s a fan of bold silhouettes, having worn such stompers around the city in a more casual context.

But his new socks and flip-flop pairing is even more of a statement, not to mention a serious commitment (it’s not easy to walk with socks crammed into the thong sandal’s strap).

“It’s kind of a serve,” wrote another. “Right, so camp,” said another.

If Ye’s gonna do one thing, it is not follow the status quo.

Maybe he’s onto something here. Fashion does love a polarizing shoe—who could have imagined that we'd all be wearing Crocs now?—and socks and flip-flops could very well be the next quirky styling move. Let’s see if Ye continues to rock them.