‘We have to keep our culture’: indigenous pageant celebrates Fiji’s traditional afro hairstyle

‘We have to keep our culture’: indigenous pageant celebrates Fiji’s traditional afro hairstyle 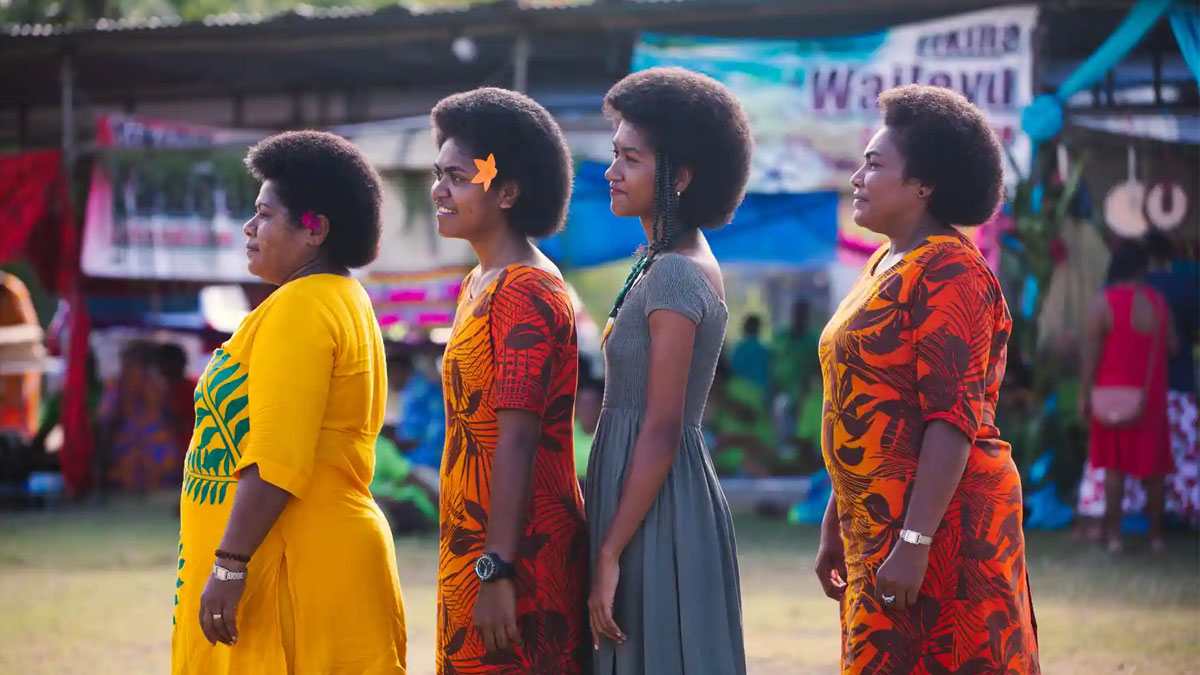 At the annual festival celebrating local culture in the province of Cakaudrove in northern Fiji held in November, alongside celebrations of traditional dress, dance, poetry, song and craftsmanship, the festival held a pageant paying tribute to indigenous hair.

Nine women, representing the different districts in the province, wrapped in tapa, or masi, a traditional printed cloth made from the beaten bark of the mulberry tree and escorted by representatives from their district, showed off their traditional Fijian Buiniga hairstyles.

Arieta Digutu of Ketei village in Fiji, an 18-year-old student, was awarded runner-up in the competition.

“This competition is important, because we have to keep our culture. You don’t see girls my age wearing this hairstyle,” said Digutu, who said she felt proud to follow the example set by her mother and aunt, who also wear their hair in the traditional Buiniga style.

Nana Reggie, hairdresser and salon operator, in the town of Savusavu, said that the Buiniga has been waning in popularity for some time, largely influenced by western representations of beauty. Her customers often ask her to relax and straighten their hair.

“Most people follow the trend,” she said. “In the movies, in America, if they straighten their hair, why can’t we? Then, after a while, they regret it because they’ve lost their texture, lustre, and they can’t get back their afro.”

The festival, which is held each year, brings together people from across the province’s 134 villages to celebrate iTaukei (indigenous Fijian) culture. Iva Batiki, the chief of Savudrodro village in Cakaudrove province – one of the few female chiefs in Fiji – says the hair category was included to encourage women’s pride in their heritage and their land.

“Before, when we looked at our mothers and grandmothers, they always had long Buiniga … We have to be proud to see that, of having Buiniga,” she said.