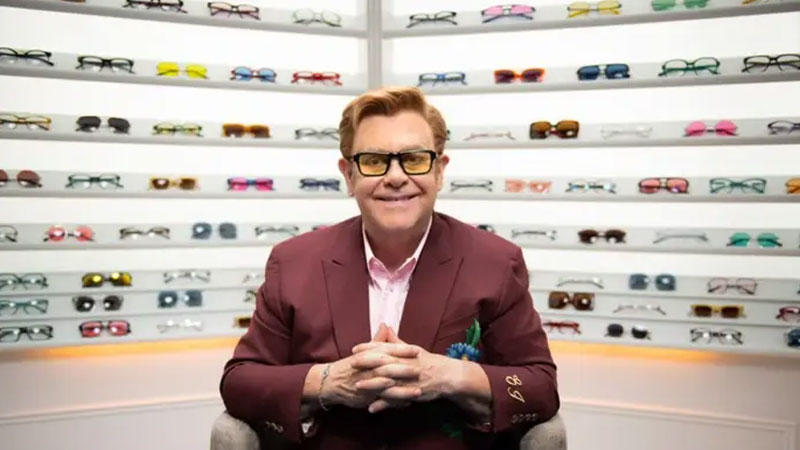 The donation will go towards increasing HIV education and awareness.

Elton John says that Elton John Eyewear celebrates confidence, self-expression and authenticity. He adds that the line is designed to have something for everyone, so no matter who you are you can always look yourself, its not just about glasses but changing the way people see themselves.

The line has already been released at Sam’s Club, and will be available at Walmart later this week. Elton John, whose iconic style goes hand in hand with his music career, collaborated with the retailers on the collection.

Featuring names such as Rocketman, A-list and Prodigy, the collection reflects on the musician’s decades-long career. The goal of the collection is to “ensure that there is a frame for every fan”.

There are stages to the release of the collection, with Sam’s Club releasing two additional collections, the Capsule Collection and the Master Collection.

The Capsule Collection, which is also designed for collectability, focuses on John’s music career, beginning in his childhood with Capsule I. There are five Capsule Collections planned, each one honing in on a formative period in John’s career.

The Master Collection takes inspiration from John’s own personal collection, recreating his most iconic looks. Every frame will be signed, numbered and sold in limited amounts.

Another collection, the Foundations Collection, is an exclusive, evergreen line, featuring a temple tip silhouette with an ‘E’ star mark and Elton John star brand detailing.

The children in this Home are special and they deserve the best care and the kind donations like yours will ensure that we will continue our mission ... 32 seconds ago

The man alleged to have murdered a 35-year-old farmer during an argument out at sea between Laucala Island and Taveuni last week has been ... 40 minutes ago

A relative of the man whose body was found under the Vatuwaqa Bridge earlier this week has come forward. Police say the victim has been identified ... 41 minutes ago

The FBI is searching President Joe Biden's home in Rehoboth (Reh-Ho-Berth), Delaware as part of an investigation into classified documents. In a ... 3 hours ago
More News
TOP