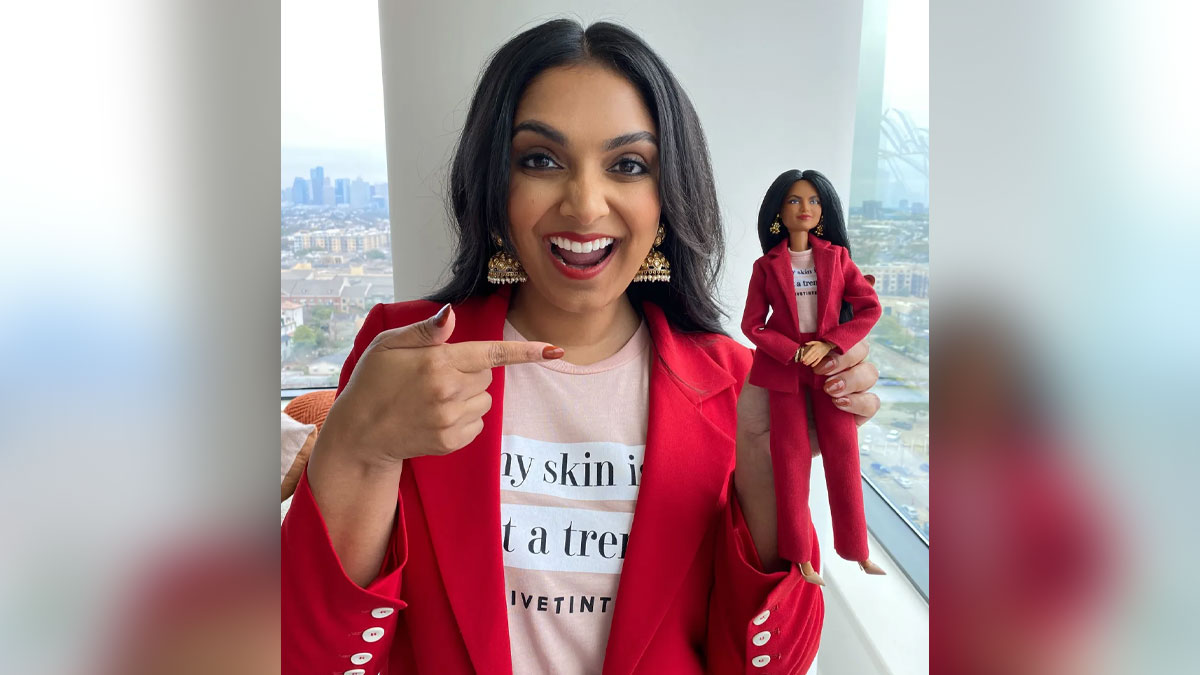 From Simone Ashley’s engaging Kathani ‘Kate’ Sharma in Bridgerton season 2 to Iman Vellani’s Kamala Khan in Ms Marvel, it’s been a refreshing upgrade. And a part of the success has been because of people like Mutyala.

It’s a high seeing your brand created with brown skin tones in mind, not segregated but displayed up front, next to the big bestsellers in stores like Ulta.

It gets even better when there’s a Barbie doll created in your image, definitely in your skin tone, holding your product, that’s going to influence millions of 8-9-year-old humans beings across the world.

Mutyala says she cried when they mailed it to her.

She could not believe it took 32 years to see this as an adult. With this doll, it feels very different from any other, accolade or award, because it feels like it’s making a cultural shift and a little bigger impact.

The Deputy Prime Minister and Minister for Finance, Professor Biman Prasad has met with the Indian External Affairs Minister Dr. S Jaishankar in ... 58 minutes ago