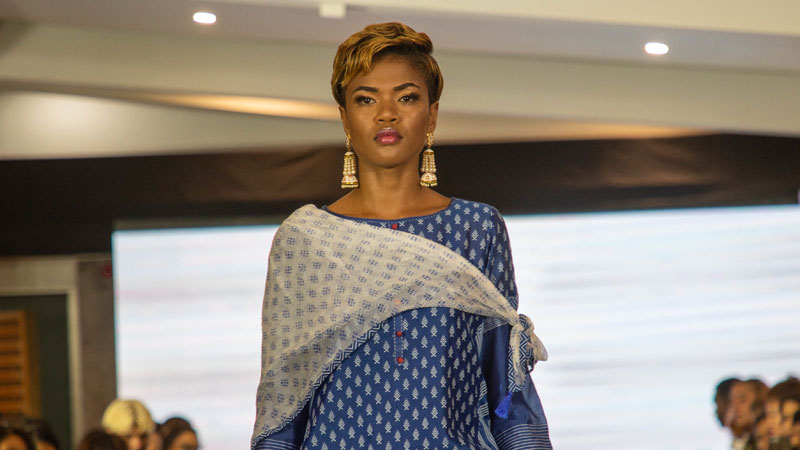 The Taprobana Fashion Show at Fiji Fashion Week 2020 was a major success as more than a hundred fashion enthusiasts attended the show held at Garden City and showed their appreciation for curator Zulfikar Ali.

Speaking from Australia in a video message, Fiji Fashion Week Managing Director Ellen Whippy-Knight says even COVID-19 could not stop them from deferring the show from May to November to help support designers and the local fashion industry.

She says it is a great pleasure to work and collaborate with Zulfikar Ali as they have always acknowledged him to be the face of Indian wear.

She says Ali is always bringing in the latest fashion from India.

Whippy-Knight says Ali has participated in Fiji Fashion Week for the last 13 years.

Ali, who manages Taprobana says he started his career about 29 years ago when he worked as a salesperson in a leading fashion store in Suva.

He later joined Tappoos in 2000 as the Head of the Boutique Department and became the fashion buyer for the company.

Ali was later promoted to National Sales Manager for Boutique.

He got into designing in 2012 while working at Tappoos and launched his first label called AZA in 2014.

Their second store in Nakasi opened three months ago.

He says COVID-19 has obviously affected everyone and it especially affected them as they are very new in the market.

Ali says after the lockdown was lifted, the business started picking up and it gave them the courage to go ahead with the business and they took a bold step to open up a new branch in Nakasi.

He adds they have 20 staff whose pay was affected as they were on reduced hours however, they are back to normal pay since August when the business started normalising.

The fashion designer says Diwali sales were not as they had expected but they were fortunate enough to get their stock on time.

He says they are also getting a lot of inquiries as the wedding season is coming up and a lot of people have already placed orders and pieces have been engaged to be bought.