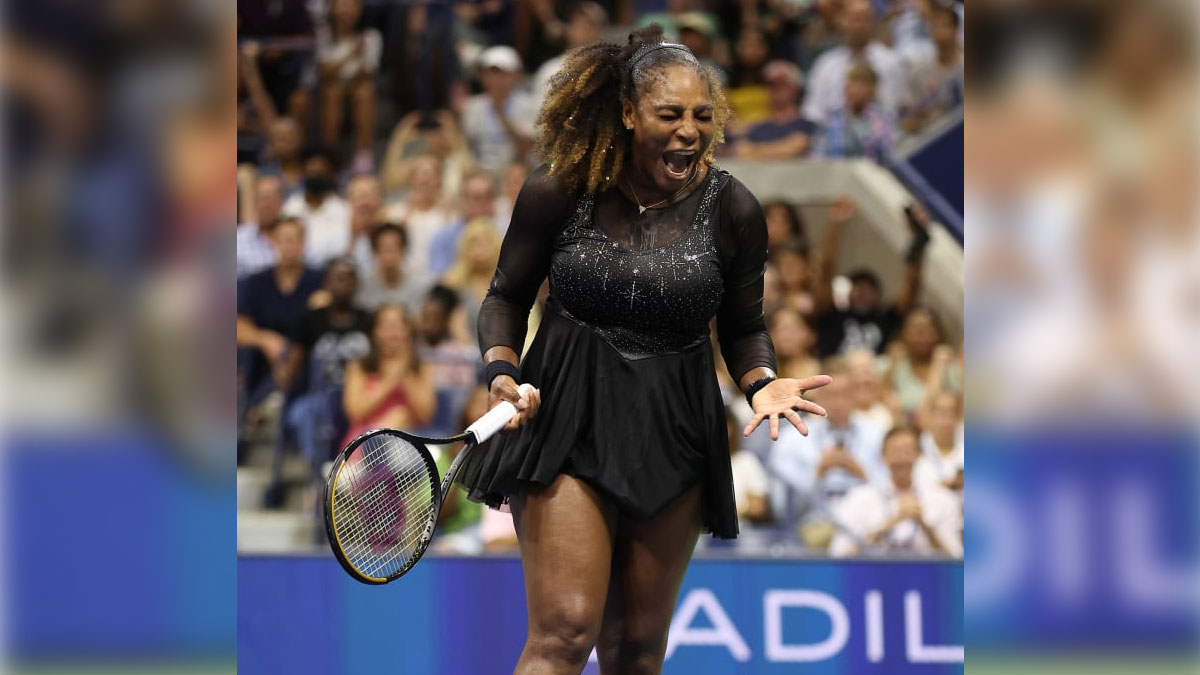 Serena Williams knew all eyes would be on her at the US Open this week -- it's widely expected to be her final tournament, following her recent announcement that she would be "evolving away" from tennis.

The sports star chose to mark the occasion with a dazzling black tennis dress worn on Monday at Arthur Ashe Stadium in New York, when she won her first round match against Danka Kovinić.

She also wore the outfit when she defeated world No. 2 Anett Kontaveit in their singles match on Wednesday, advancing to the third round.

The look, custom-made for Williams by Nike and inspired by figure-skating costumes, featured a subtle six-layered tutu in reference to her six US Open victories.

It included a detachable black-and-gold shimmering train, a pair of diamond-embellished NikeCourt sneakers, a jeweled headband and galaxy of gems stamped into her hair.

Even her shoelaces were given the royal treatment with a set of personalized gold deubré lace locks adorned with 400 hand-set diamonds from the tennis pro's own jewelry brand, Serena Williams Jewelry. 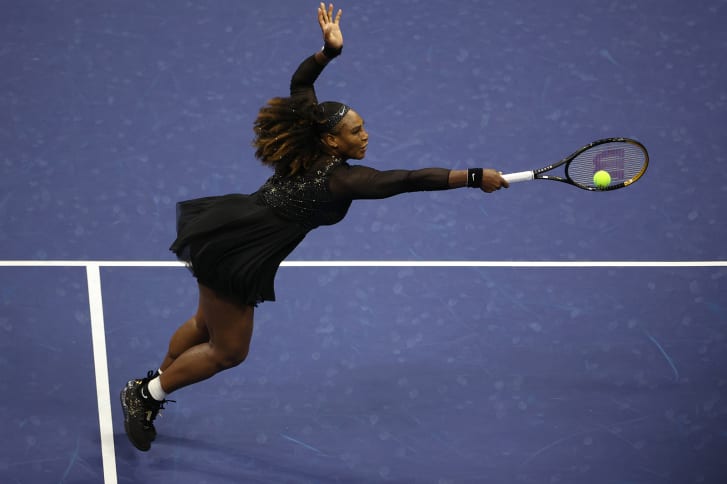 This isn't the first time Williams has exercised the communicative power of fashion; she has often used sportswear to challenge industry expectations and champion Black athleticism.

In February 2021 at the Australian Open, the tennis star wore an '80s-inspired asymmetrical unitard to pay tribute to another luminary: record-breaking American track star Florence Griffith Joyner. And while tennis has long been associated with pristine all-white ensembles, Williams often flipped the script, like in 2004 when she played at the US Open in a denim Nike tennis skirt and studded black vest top.

Her boundary-pushing style has often ruffled feathers -- in the summer of 2018, the French Tennis Federation banned catsuits after Williams wore a unitard to a match.

The suit's compressive material was designed to minimize blood clots, which Williams had been struggling with since giving birth the year prior.

In 1997, at her first ever US Open, Williams and her sister Venus both wore their hair in cornrows, with each braid threaded through a heavy stack of white beads. (During Monday night's match at the US Open, Williams' daughter Olympia was seen in the crowd wearing a set of white beaded braids herself, a poignant homage.)

The proud display of Black hair inside a White-dominated sport was a triumph for Black women everywhere, though the style wasn't always accepted by tennis rule makers. At the Australian Open in 1999, Williams lost a bead -- and a point -- in the throes of an electric game against Lindsay Davenport. She was reprimanded by the umpire for causing a "disturbance" with her hair. 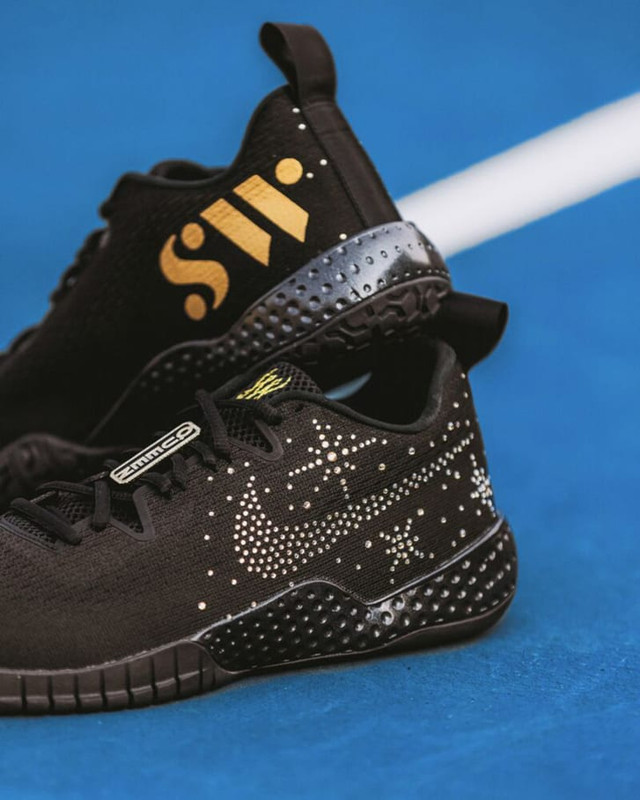 The tennis champion is well-versed in fearless fashion off the court, too. At the 2011 Met Gala, Williams arrived in an ethereal floor-length feathered Oscar de la Renta gown and fascinator. Eight years later, as a Gala co-host alongside Harry Styles and Lady Gaga, Williams put her own stamp on evening elegance -- her look was glamorous with a camp twist, in keeping with the event's theme, as she strutted onto the red carpet wearing not a pair of stilettos, but neon yellow Off-White for Nike sneakers and a matching Versace dress.

And in 2021, she stepped out in a similarly limelight-stealing Gucci look featuring a form-fitting embroidered silver bodysuit and an enormous feathered cape.

Earlier this year, she walked the runway at Paris Fashion Week modeling a look from Off-White's Autumn-Winter 2022 collection.

S by Serena, her clothing line launched back in 2018, specifically designs with "strong" women in mind, using the tagline, "never afraid to step up and make a statement, sartorial or otherwise."