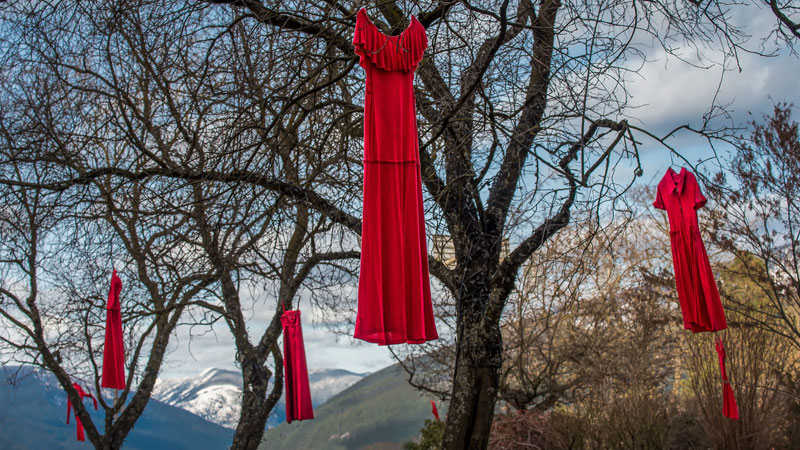 In downtown Nelson, British Columbia, just outside of Nelson City Hall, about a dozen of red dresses currently hang from tree branches leading up to the main building: off-the-shoulder maxi dresses, minidresses, and long-sleeve styles.

The bright red hues cannot be missed and hang on trees with a purpose.

The REDress Project is part of Jaime Black’s art series project that was inspired by a demonstration she saw in Columbia where relatives of missing women wore red dresses to remember loved ones.

The dresses highlight the ongoing violence among indigenous women, victims of murder and missing women. 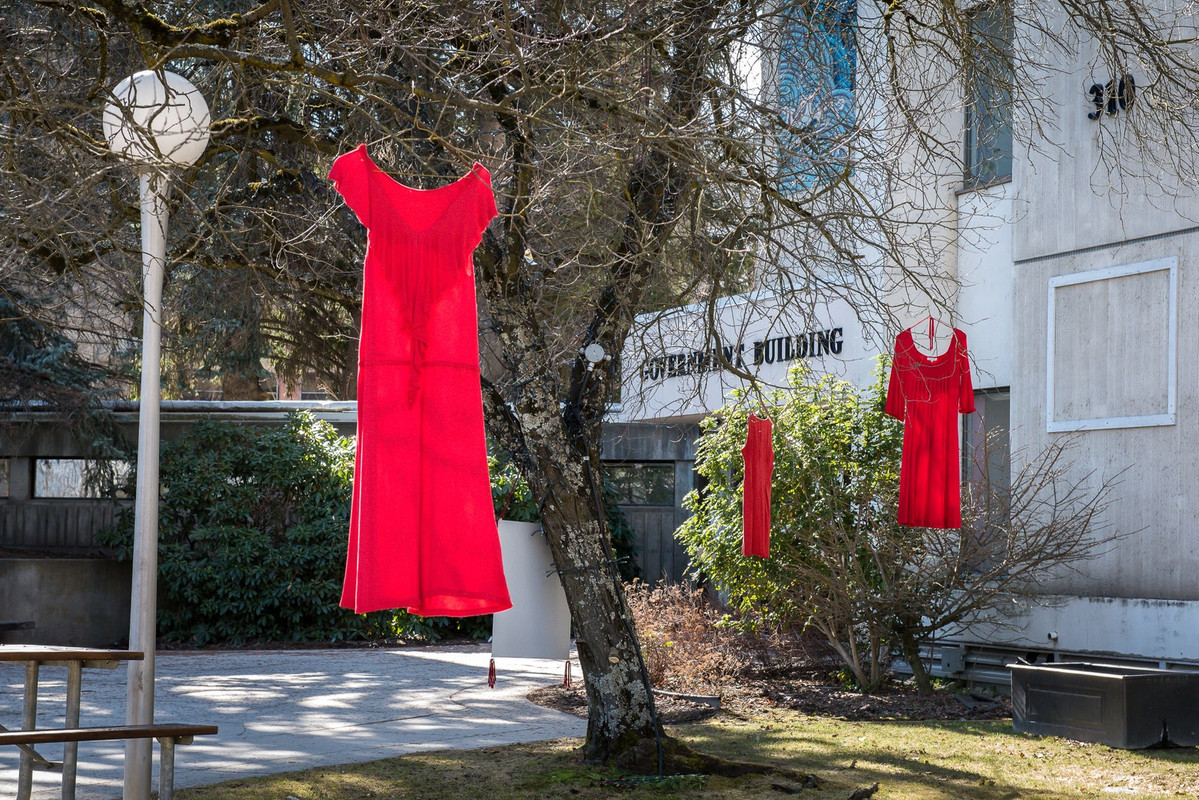 The dresses travel from place to place, but the location is always intentional.

It is on display at the Touchstones Nelson museum until May 2.

Black says they install the dresses in place where there is high traffic so that more people can see them.

In North America, the scores of missing and murdered Indigenous women—known as MMIW, an acronym created by Indigenous journalist Sheila North Wilson in 2012—don’t get the mainstream attention they deserve.

In Canada, the government’s National Inquiry found similar horrifying statistics, including that Indigenous women are seven times more likely to be murdered by serial killers than non-Indigenous women. 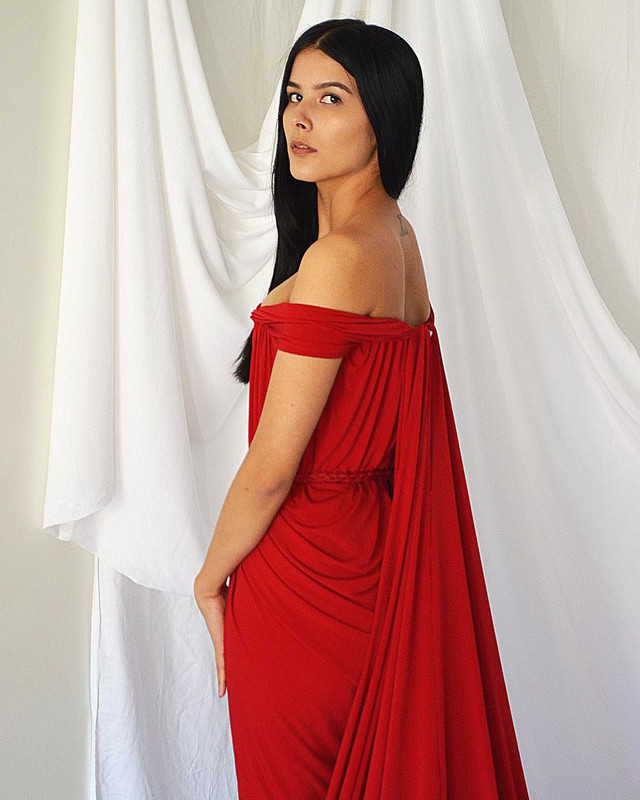