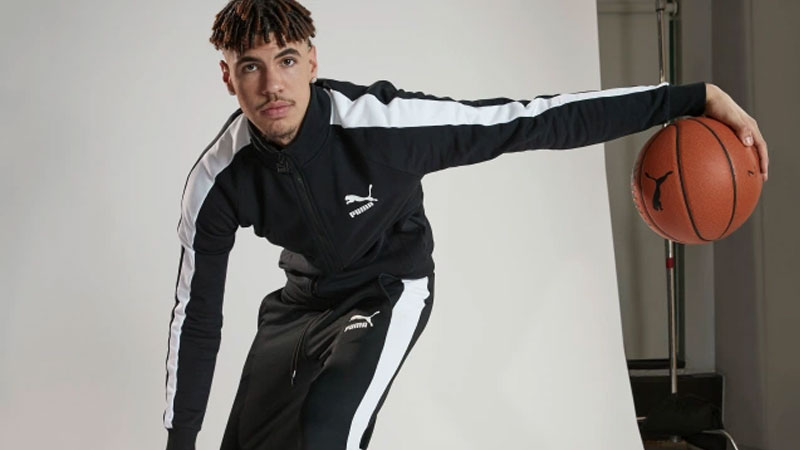 Puma has signed a long-term partnership with top 2020 NBA prospect LaMelo Ball, who will serve as an ambassador for the brand both on and off the court.

Ball, 19, was born in California and played professionally for the Illawarra Hawks in the Australian National Basketball League.

He has also played professionally for Lithuania’s Prienai team.

The point guard is expected to be among the top three picks in this year’s NBA draft.

The partnership will include product as well: a Puma x LaMelo Ball T-shirt and hoodie will be released on Nov. 18, the day of the NBA draft.

The ambassadorship will also include Puma and Ball working together on various programs to encourage youth to stay active through basketball skill camps, equipment and clothing donations, court refurbishments and more.

Other Puma sponsored athletes in the basketball arena include DeMarcus Cousins of the Golden State Warriors, Kevin Knox of the New York Knicks and Skylar Diggins-Smith of the Dallas Wings.