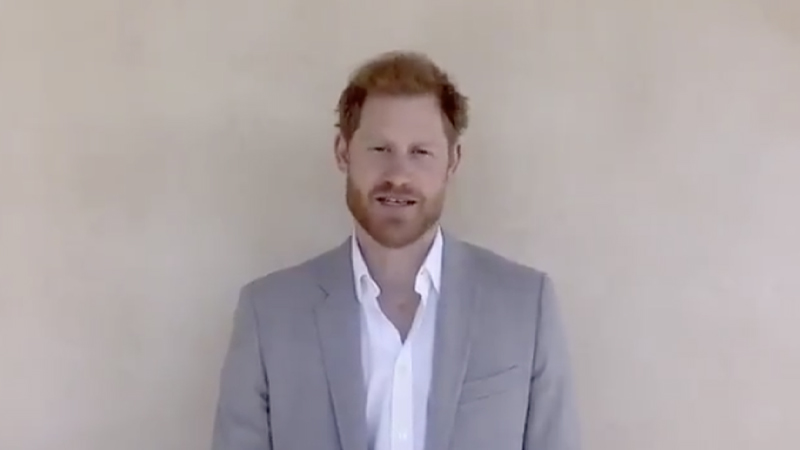 Prince Harry is continuing to support causes near and dear to his heart. On Wednesday, the Duke of Sussex made a surprise appearance during the virtual Diana Awards to honour recipients for their work on issues related to race and injustice.

The Diana Award charity was set up in memory of the late Princess Diana and aims to "develop and inspire positive change in the lives of young people." What made this year's event extra special, though, was that it fell on what would have been Diana's 59th birthday.

"I am so incredibly proud to be part of these awards, as they honour the legacy of my mother and bring out the very best in people like you," Harry began.

"I know that my mother has been an inspiration to many of you, and I can assure you she would have been fighting in your corner. Like many of you, she never took the easy route or the popular one or the comfortable one, but she stood for something, and she stood up for people who needed it."

Harry then touched on the civil unrest happening in the world and offered some words of hope to the award recipients. "Right now, we're seeing situations around the world where division, isolation, and anger are dominating as pain and trauma come to the surface," he said.

"But I see the greatest hope in people like you, and I'm confident about the world's future and its ability to heal because it is in your hands."

The prince also stressed the importance of fighting against racial injustice and pledged to tackle institutional racism. "Institutional racism has no place in our societies, yet it is still endemic. Unconscious bias must be acknowledged without blame to create a better world for all of you," he continued.