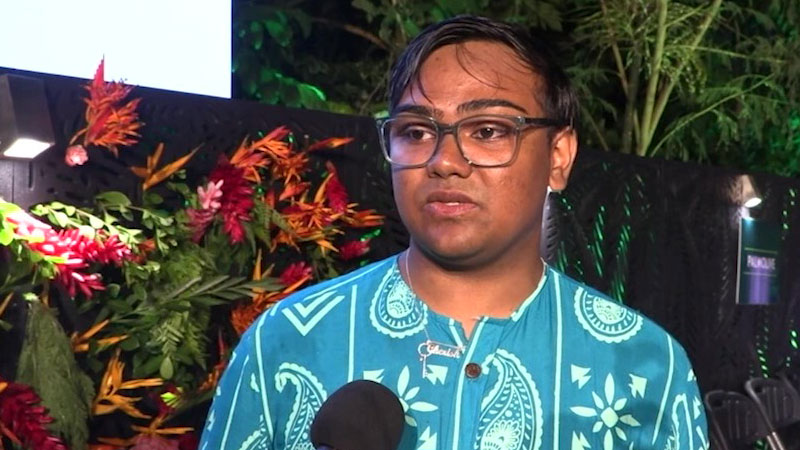 Emerging designer, Cherish Prasad has now ventured into the bridal market and also featured his new prints at the Fiji Fashion Week Oceans Gala show at the European Union Residence. 23-year-old Prasad says his prints are called “O Yau” means “me” in the i-Taukei language and represents who he is.

He says the prints feature henna pattern to represent his Indian heritage, Masi design to highlight his links to the i-Taukei community and arrows which is his logo.

Prasad started as a student designer and won Student Designer of the Year Award in 2015 and launched his first full collection in the same year. He launched another collection last year.

He says with his latest line, he wanted to portray the beauty of a woman on her special day.

The emerging designer says as a young person trying to thrive as a designer, one of the main challenges he has been facing is the unavailability of funds and resources such as fabrics.

He adds it was difficult to get sponsors because of the impact of COVID-19.

Prasad who is from Savusavu aims to build his brand and open a small boutique within next year.

No performance recognition and lack of reward contributes to the issue of labour brain drain in Fiji. This was highlighted by the Minister for Empl... 58 minutes ago
LATEST NEWS

The Deputy Prime Minister and Minister for Finance, Professor Biman Prasad has met with the Indian External Affairs Minister Dr. S Jaishankar in ... 53 minutes ago

Landowners are not forgotten and their concerns are a priority that needed to be addressed. This has been highlighted by the Minister for ... 55 minutes ago