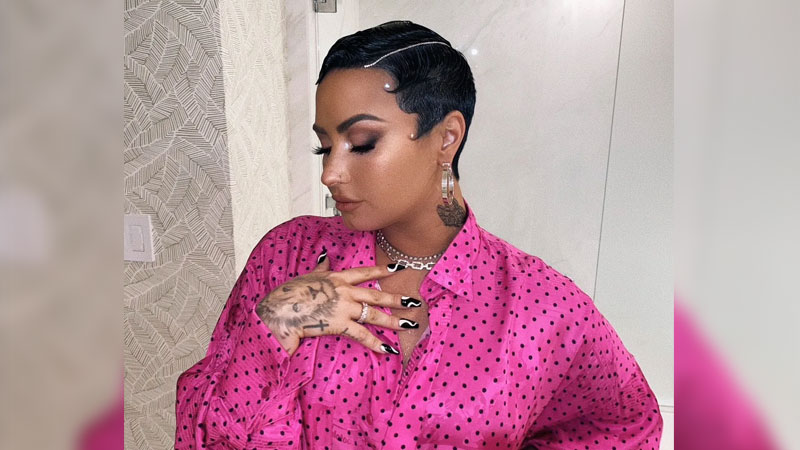 Usually, a series premiere is a chance for a performer to share their latest persona with the world.

Friday night at the Hollywood premiere of Demi Lovato’s YouTube docuseries, the star flipped the script by reintroducing herself.

Demi Lovato: Dancing With The Devil offers a candid look at the singer-actress’s time in the public eye and the tumultuous highs and lows she’s faced thus far. No subject was off-limits.

Lovato bravely opens up about body image, sexual assault, and the 2018 drug overdose that nearly took her life. In a moment where celebrity personas—and the social media accounts that enshrine them—are as carefully curated as a museum exhibit, the unfiltered glimpse into Lovato’s personal life feels substantive.

To introduce a project this personal, Lovato and her stylist Siena Montesano went for a fashion statement that aptly represents who the star is now.

Her two outfits were elegant and modern.

First, a white satin blazer-dress with a delicate ruffled collar by the Parisian label Martin Martin for the drive-in premiere’s red carpet.

Next, the star quickly changed into a pink polka dot pussy-bow blouse from Balenciaga paired with Givenchy trousers for her performance.

With her hair styled into finger waves by César DeLeön Ramîrez, a soft-focus makeup by Rokael Lizama, and chrome talons created by manicurist Natalie Minerva, Lovato kept things glamorous in a way that felt self-assured.

Dressed to the nines as she delivered a powerhouse performance of her hit, “Anyone” she was confident, chic, and completely in control of the narrative.