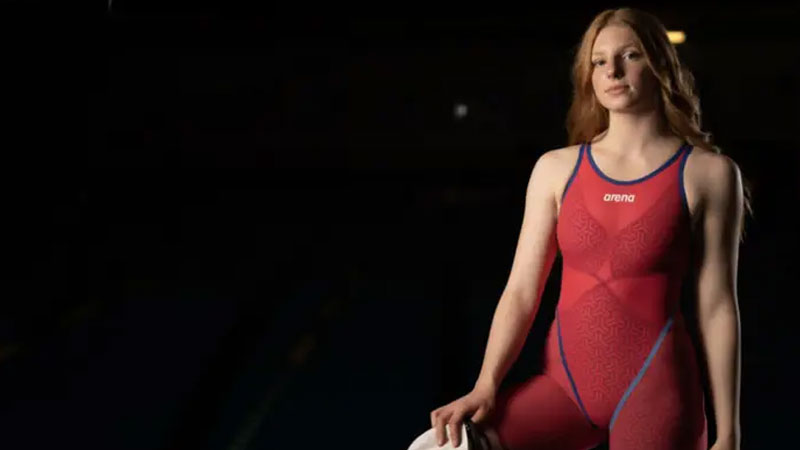 Jacoby, who won a gold medal at the 2020 Olympics for her 100-meter breaststroke, was signed under the new National Collegiate Athletic Association (NCAA) name, image and likeness rules that came into effect in July.

The rule change gives student-athletes the opportunity to profit from commercial uses of their name, image and likeness without the fear of losing NCAA eligibility.

Jacoby says she's thrilled to continue this amazing time in her life by signing with Arena. In addition to having products she loves and uses, it’s a dream come true to be working with such a wonderful team and company.

Jacoby is planning to attend the University of Texas, joining the Longhorn Swimming Team, a program also sponsored by Arena.

He adds that Jacoby will be a great ambassador for the sport.