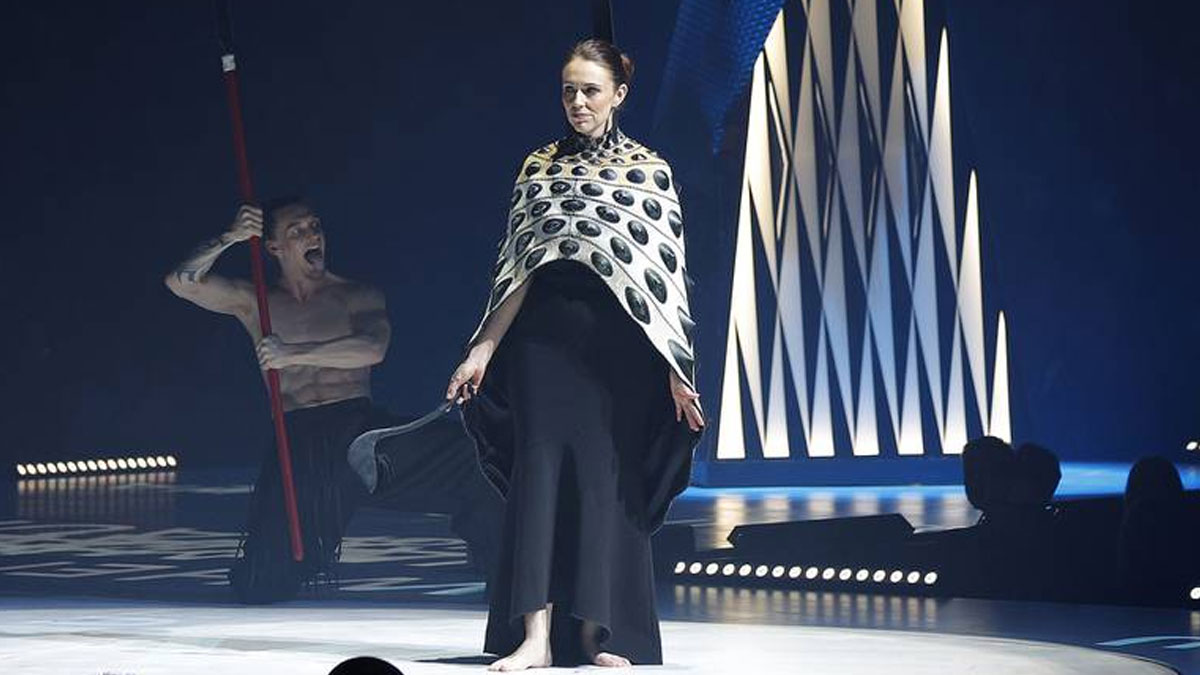 Jacinda Ardern surprised the crowd tonight at the 2022 World of WearableArt Awards Show (WoW) by appearing as a guest model for the show.

Mulder, who first entered the show in 2012, has been a finalist five times and is a winner of numerous awards.

He said it was an honour to create such a special garment for the event after the show's two-year hiatus.

"I found together with the creative team we naturally aligned in our values on wanting to celebrate New Zealand’s continued progression and re-emergence back into the international scene. To keep going and thriving as we do best from our corner of the world," said Mulder.

WoW CEO David Tingey said they were delighted for the support from the world leader.

“Celebrating the return of the World of WearableArt Awards Show is a truly special moment for us and the wider arts industry."

In a statement, a spokesperson for the Prime Minister said she decided to appear as a surprise guest after being approached by the World of Wearable Arts.

"It’s been a tough two years for many events that dealt with cancellations, so the Prime Minister was more than happy to take part in an important recovery milestone for the arts sector, and will continue to be supportive of events that boost our regional tourism, and the economic recovery.

"Her participation required her to undergo two short fittings, one on the day. The Prime Minister felt privileged to meet the designer and some of the outstanding WOW team.”