Amina Muaddi Shuts Down Rumors A$AP Rocky Cheated on Rihanna With Her: ‘I Have to Speak Up’

Muaddi says it is 'Fake Gossip'

Amina Muaddi Shuts Down Rumors A$AP Rocky Cheated on Rihanna With Her: ‘I Have to Speak Up’

Muaddi says it is 'Fake Gossip' 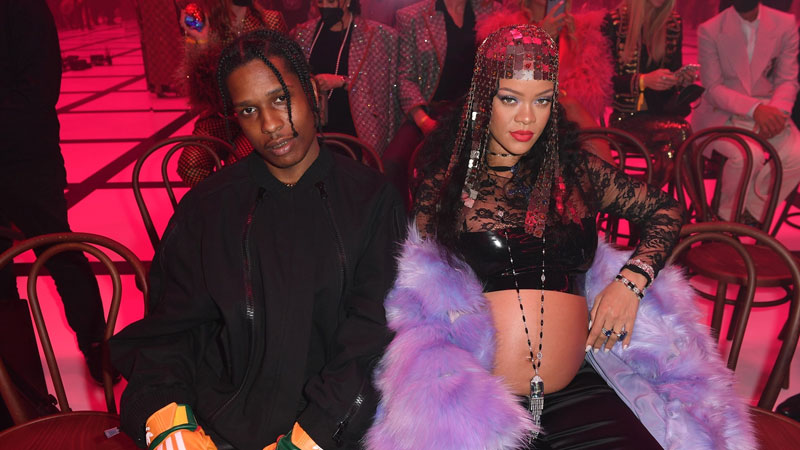 Asap Rocky and Rihanna are seen at the Gucci show during Milan Fashion Week Fall/Winter 2022/23 on February 25, 2022 in Milan, Italy.[Image: Jacopo M. Raule/GI for Gucci]

Twitter has been ablaze the past 24 hours after rumors started circulating that A$AP Rocky had cheated on his pregnant girlfriend — who is none other than Rihanna — with designer Amina Muaddi.

Even messier, Muaddi is a designer for Fenty Footwear, a fashion line founded by Bad Girl Ri Ri herself.

Good thing none of it was true. At least, that’s what Muaddi claimed in a Friday (April 15) message posted to her Twitter account, in which she dismissed the wildfire rumors as “fake gossip.”

Muaddi posted "I've always believed that an unfounded lie spread on social media doesn't any response or clarification, especially one that is so vile."

She added that she initially addumed that the fake gossip was fabricated with such malicious intent would not be taken seriously.

Amina says, in the last 24h I’ve been reminded that we live in a society that is so quick to speak on topics regardless of factual basis and that nothing is off limits.

Muaddi also added that not even during what should be one of the most beautiful and celebrated times in one’s life. Therefore she had to speak up as this is not only directed towards her but it is related to people she has a great amount of respect and affection for.

So why did people believe that Rihanna — who recently graced the cover of Vogue with her baby bump on display — broke up with the “Sundress” rapper? On Thursday (April 14), a self-described fashion influencer/writer made the claim in an explosive Twitter thread. “Rihanna broke up with him after she caught him cheating with shoe designer Amina Muaddi,” he asserted. “ASAP & Amina is not new though as she was seeing him years ago and also collaborated with him on a collection of shoes.”

He added that things apparently hit the fan at Craigs in LA.

As far as Muaddi’s concerned, however, it’s all lies. “While Rih is continuing to live her serene, best dressed pregnancy life and I go back to my business – I wish everyone a beautiful Easter weekend!” she concluded her post.