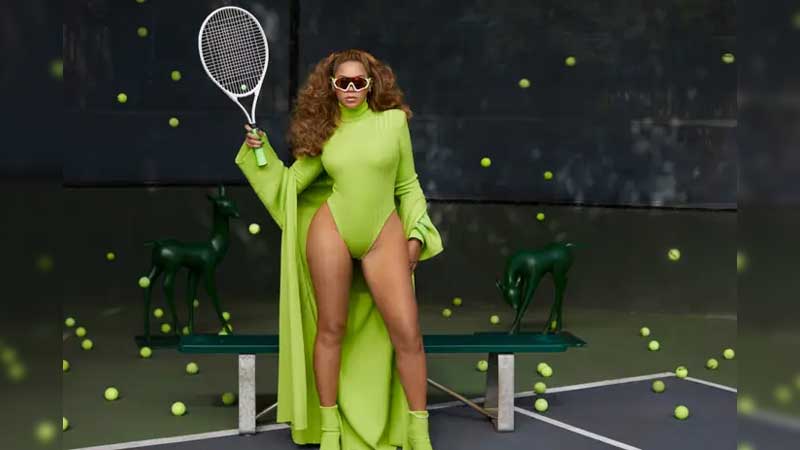 Adidas and Ivy Park have debuted their fifth collaborative collection called Halls of Ivy. As with the fourth Adidas x Ivy Park collection, “Halls of Ivy” features styles made for both adults and kids.

The collection is accompanied by a campaign inspired by the tagline, “Welcome to the HALLS of IVY.” The concept is HALLS of IVY is a figurative space that is somewhere between where you are now and where you aspire to be. Described by some as a club, others as a collective, Halls of Ivy is a boundless, unconfined place where everyone is welcome. The campaign features Beyoncé, Natalia Bryant, Ava Phillippe, Deacon Phillippe, James Harden, and Jalen Green alongside a cast of diverse models.

The color palette for the collection is very vibrant. Glen plaids, houndstooth patterns, and structural tailoring are reimagined to fit sportswear codes. Highlights from the collection include a patchwork puffer, a sequin duster, a bralette, a pair of knitted pants, a romper, a faux leather skirt, and a bodysuit.

The footwear offering punctuated by the IVP Savage sneaker, an archival trail running silhouette offered in cream white, wild pine, and night indigo as a new addition to the collaborative lineup. The collection also features updates styles of the IVP Super Sleek sneaker and the IVP Super Sleek Boot.

The fifth IVY PARK collection launches exclusively on adidas.com for 24 hours on December 9 and is followed by a wider global launch on December 10. Beyoncé, the founder of Ivy Park, has been teasing the collaboration on her Instagram for several days now.

Close to a ton of marijuana that was uprooted from 7 farms in Kadavu were destroyed in accordance with approved court destruction orders. Chief ... 47 minutes ago