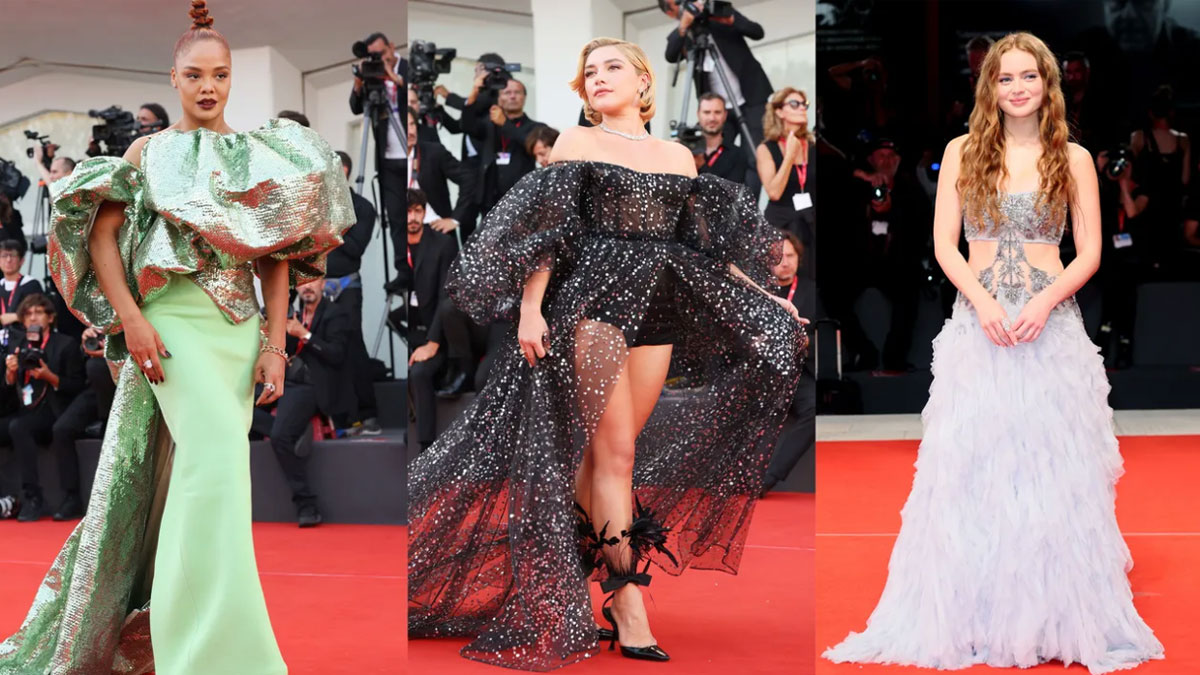 The annual Venice Film Festival is one of the most glamorous in the world, right alongside the paparazzi-filled red carpets at Cannes. A-list celebrities show up not only to promote their new films, but also to deliver strong style moments and work with top stylists to showcase the best creations from the new ready-to-wear and couture runways.

It’s just as much a spectacle for fashion lovers as it is for film buffs. As such, Vogue is rounding up all the best looks from the film festival in one place.

Kicking off on August 30th, the Venice Film Festival has tons of buzzy movies making their premiere over the next two weeks—meaning all of Hollywood’s top talent will be there.

On our radar? Blonde’s Ana de Armas, Bones & All’s Timothée Chalamet, Tár’s Cate Blanchett, and White Noise’s Jodie Turner-Smith, among many others. Turner-Smith is off to an especially strong start: Last night at the festival’s cocktail kick-off event, she wore a Raisa Vanessa’s blue mini dress with a fringed hemline.

At the same inaugural soirée, Julianne Moore—who is serving as the festival's jury president this year—shone in an Alaïa confetti-print gown with a leather heart-shaped bustier, while Tessa Thompson sported a black tulle Rodarte blazer-dress.

There will be plenty more fashion moments on display over the next two weeks. So check back for all the best looks direct from the Venice Film Festival red carpet, uploaded in real-time.