2020 Fiji Fashion Week launched in style along the Suva Harbour

2020 Fiji Fashion Week launched in style along the Suva Harbour 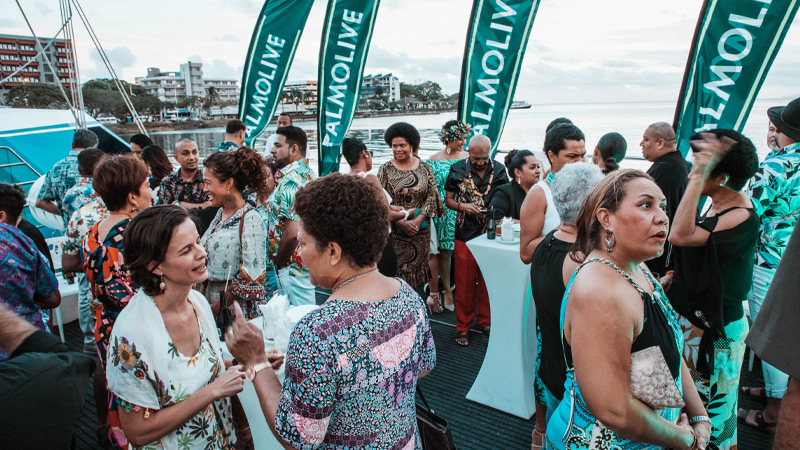 Fiji Fashion Week launched in style along the Suva Harbour

The 2020 Fiji Fashion Week was launched in style with sponsors, partners and guests given a grand tour by Captain Cook Cruises Fiji along the Suva Harbour last night.

Speaking at the launch through a recorded message from Sydney, Director of Fiji Fashion Week Ellen Whippy-Knight says this is a milestone achievement for the organisation as it is also celebrating its 13th anniversary during a pandemic.

Whippy says this achievement could not have been achieved through the support of sponsors who have been with them through thick and thin.

General Manager Colgate-Palmolive (Fiji) PTE Limited Hiten Lal who is one of the major sponsors of the event says this event shows the resilience of Fijians in moving forward from the crisis that has affected most Fijians.

Lal says they are hoping that this event will pull in more locals who have the mindset to become more than they are in the field of designing.

The launch was also attended by US Ambassador Joseph Cella and European Union Ambassador to the Pacific Sujiro Seam and other guests.

Fiji Fashion Week will start with the Next Generation Event on the 14th of November at Holiday Inn, Creative Arts Viti on the 17th at myFNPF Centre, Taprobana Boutique on the 19th at Garden City, Oceans Gala on the 21st at a Private Residence in Suva and the Resort Luxe Show on the 28th at Hilton Fiji Beach Resort and Spa in Nadi.