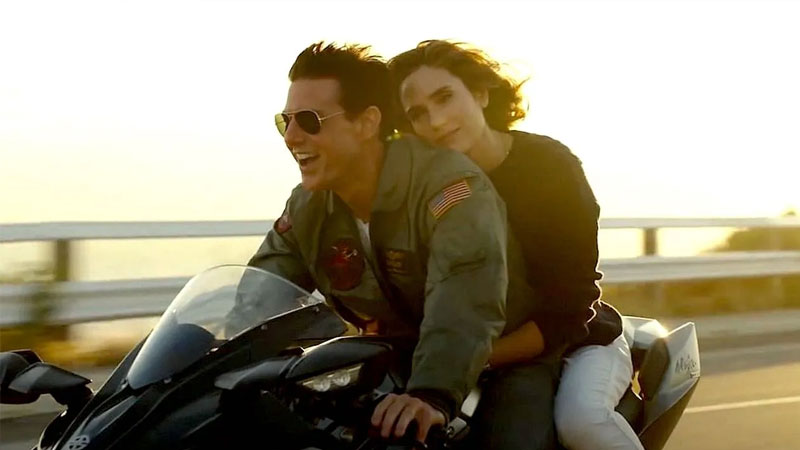 Tom Cruise wanted to do barrel rolls. That’s one of the more singular moments Jennifer Connelly can remember about her time on Top Gun: Maverick, the long-awaited sequel to the 1986 classic.

The opportunity to go flying with her legendary co-star had come about because Maverick features one of those classic movie moments.

But in Top Gun: Maverick, they are doing it for real as Cruise’s glorified biplane rises above the weather, and Connelly as his wingman in the backseat looks out in astonishment at the horizon.

Connelly says Cruise did pilot the plane and of course he was also an excellent pilot.

According to the Oscar-winning actress, the pair took off as the sun rose, soaring across the skies for nearly three hours.

Initially, Cruise even pushed to do those barrel rolls with Connelly in the backseat, but unfortunately Top Gun: Maverick director Joseph Kosinski’s cameras—even from the noses and exteriors of U.S. Navy jets—couldn’t capture the face of Cruise’s passenger when they tested out the sequence with a stuntwoman.

Nonetheless, Cruise was still able to show off some of his flashier aerial moves with his co-star onscreen.