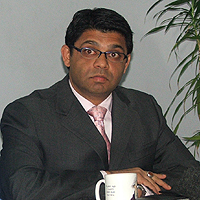 Majority of employment disputes are better resolved through mediation services as compared to trade unions.

Attorney General Aiyaz Sayed-Khaiyum said this as the government will no longer deduct the union levy from the civil servants pay who are members of the public sector unions.

Sayed-Khaiyum said according to past records, close to 80% of mediation matters were resolved between an individual employee and employer as compared to employees being represented by a trade union.

The decision is effective from the next civil service pay on Thursday.