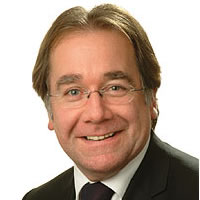 The New Zealand Foreign Minister has refused to make any comments on allegations by the Interim Attorney General Aiyaz Sayed Khaiyum that they are using locals employed at the high commission to spy on the interim government.

The NZ Herald reports that a spokesperson for Murray McCully today refused to comment on the allegations and no further comments could be obtained from NZ Authorities.

Speaking at a press conference last night, Aiyaz Saiyed-Khaiyum lashed out at locals employed at the High Commissions in Fiji alleging that they are acting as spies against their own country.

He also revealed that Interim Prime Minister Commodore Frank Bainimarama also questioned the Australian Foreign Minister Steven Smith on information that Australian authorities are tapping into their phone lines which was neither confirmed nor denied by Smith.

The Australian Foreign Ministry is expected to make a statement on the matter later.
Latest Videos