No need for Fiji Times to close

No need for Fiji Times to close 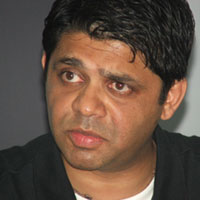 The Attorney General said Fiji Times Limited does not need to close down its operations based on the fact that the government is proposing 90 percent local ownership in all media outlets in the draft Media Decree.

While reacting to questions in an earlier press conference, Aiyaz Sayed-Khaiyum said the Fiji Times can still stay but the totally foreign owned media outlet has to sell 90 percent of its shares.

Sayed-Khaiyum confirmed that work on reviewing the draft Media Decree is underway and he said several issues which have been raised are being analyzed.

There is no timeframe set for the implementation of the Media Decree.

Two senior students of a prominent school are in custody following their alleged involvement in an assault case yesterday. Police say the two stude... 39 minutes ago
LATEST NEWS

Assistant DPP Elizabeth Rice has alleged in the Suva High Court that Congo National Kiala Lusaka sent the photo of his deceased wife via Facebook to ... 54 minutes ago