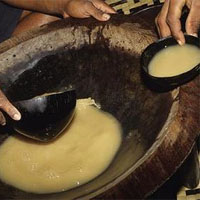 Kava drinking and meeting in groups is not allowed for villagers of Naviyago near Lautoka.

Village headman Rusiate Deutu said the villagers have been advised and people are aware of the restrictions.

Deutu said the restriction is in place in light of the spread of dengue fever, leptospirosis and typhoid in the western division after the recent flood.

Meanwhile there are now 20 confirmed cases of typhoid, 27 cases of leptospirosis and 4 cases of dengue fever from the Western Division from January 25th to date.

Health Ministry spokesperson Peni Namotu said there are more suspected cases and they can only comment on these after lab tests.

So far the Commissioner Western Commander Joeli Cawaki has said that a Lautoka woman has died from dengue fever and two people from Ba have died after getting leptospirosis.

However Namotu said these are suspected cases.

Namotu also stressed that the number of cases has not reached an alarming level to declare an outbreak.