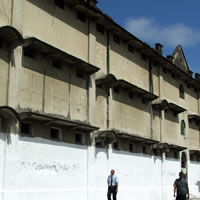 The women’s arm of the Fiji Muslim Zanana League will be providing food for female inmates at Korovou to give them Christmas cheer.

The step will be taken as the national president, Nisha Buksh specifically acknowledged the existence of the Yellow Ribbon Project on giving offenders a second chance as well as the effort taken to encourage community involvement in the work of transforming offenders.

Nisha said that the project has opened their eyes and also congratulated the team on its various initiatives in bringing change to the lives these offenders.

Meanwhile, the inmates from the Suva Corrections Centre will be singing Christmas carols today at various Government institutions and organisations.