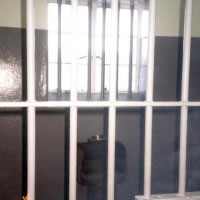 The eight soldiers and a police officer who were convicted of manslaughter and sentenced to 4 years in prison in relation to the death of Nadi resident Sakiusa Rabaka, have been released on Compulsory Supervision Order.

Permanent Secretary for Information Lieutenant Colonel Neumi Leweni said the Minister made the decision under the Prisons Act.

Lieutenant Colonel Leweni said the issue of whether the nine people released under CSO served enough time in prison is not the issue and people should know what the Prisons Act states.

Under Section 65 subsection (1) of the Prisons Act, the Minister may at any time, in his discretion, direct that a prisoner shall be released on an order of Compulsory Supervision, for such period as the Minister may think fit, and the Controller shall forthwith comply with such direction.

Two senior students of a prominent school are in custody following their alleged involvement in an assault case yesterday. Police say the two stude... 13 minutes ago
LATEST NEWS

Assistant DPP Elizabeth Rice has alleged in the Suva High Court that Congo National Kiala Lusaka sent the photo of his deceased wife via Facebook to ... 28 minutes ago