Claims made but no proper survey done

Claims made but no proper survey done 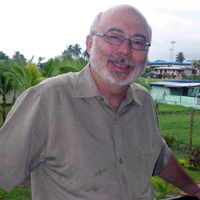 There is now confirmation that everyone who is commenting on claims that there is widespread self censorship in the country are making comments without any proper surveys conducted with journalists and media outlets.

One of the people who has made these claims is University of the South Pacific’s Discipline Coordinator of Journalism, Senior Lecturer Marc Edge.

He has made comments here and abroad that Fijian journalists are afraid, uncertain and reluctant after the lifting of the Public Emergency Regulation.

He also said that they are not asking probing questions and may not know what to do after the lifting of the PER.

Fijivillage has questioned Edge what is the basis of his claim.

We also questioned Edge whether he has evidence to prove his claim based on a survey and assessing coverage on a daily basis.

Senior Lecturer Marc Edge refused to answer further questions based on the fact that no recent surveys have being done on the claims being made.

He also said that we were rude and thinks that we are running a newsroom like BBC Hardtalk.

We are currently trying to speak to the media outlets about claims of self censorship.

Communications Fiji Limited which runs Legend FM, FM96, Viti FM, Navtarang and Radio Sargam stresses that there is no self censorship by its journalists and Edge has never spoken to our journalists about this matter.

Assistant DPP Elizabeth Rice has alleged in the Suva High Court that Congo National Kiala Lusaka sent the photo of his deceased wife via Facebook to ... 14 minutes ago